In part three of this series, we focus on the need to establish high-performing processes, including five key factors critical to the success of any business process improvement initiative.

Part three of a series

Most of us have at least heard the terms by now: Lean, Six Sigma, Toyota Production System, Theory of Constraints, Global 8D Problem Solving, Operational Excellence, Shainin Quality Tools, and many more.

Many have not only heard them, but have been a part of an effort to implement one or more of these versions of Business Process Improvement or BPI.

Here we are, some 75 years after Deming, Juran & Crosby conspired to create quality systems that would reshape most major companies and yet most organizations are still fraught with waste and errors.

Hospitals are responsible for 250,000 deaths annually due to medical errors, a staggering 30.7 million cars were recalled in 2017 (2 recalls for every 1 car sold), and according to the Government Accounting Office, the U.S. government wastes $125 billion annually.

However, this is not due to lack of effort, it is estimated that there are over 1.5 million people working in a full-time capacity as a Black or Green Belt. There are millions more throughout the world that have certifications but are in operational roles.

Yet it is undeniable that things are “better,” even if we aren’t exactly sure what that means. While there are millions of automobiles recalled each year, the quality is at an all-time high.

In fact, the sheer number of systems that are now considered “standard” on a car have dramatically increased. In the U.S., it is almost impossible to buy a manual transmission car, anti-lock brakes are an afterthought, and power windows and locks are the poster child of moving from “Delighter” to “Must Have” in the Kano Model.

Clearly BPI is essential in every organization, yet ASQ estimates that 70% of all BPI projects fail.

Given this high failure rate, how do we improve our process improvement? How do we weed through the muda (Japanese word meaning “futility; uselessness; wastefulness” for those who don’t know or thought we mis-typed the word “mud”) to find the approach, tools, skillsets that actually work?

How do we lead an organization through change to maximize on the gains that we make? And most importantly, how do we keep our ear to the ground and clearly hear what the voice of the customer is telling us?

People always ask me: What tool should I start with? My answer is always the same, start with the tool sitting behind your desk.

I am joking of course (sorta). When it comes down to it, process improvement is, and always will be, about leadership.

There is no company operating today that didn’t once face a critical moment that required extraordinary leadership. So, when you want to know what tool to start with…..start with you.

Are you the right person to lead this change? Do you have buy-in from the key stakeholders? Is this the right time for the organization to embrace this? Are you willing to do the right things, no matter what the short-term consequences?

If you survived the last paragraph, here are my thoughts on the top 5 things necessary to convert to a highly-functioning organization with an insatiable thirst for excellence:

1. Get the right people

As James Collins says in Built to Last, get the right people on the bus.

Make sure that you have a team that is humble by nature and absolutely willing to turn the hierarchical organizational pyramid upside down. Are they willing to change their bonus structure in order to reward 1% ideas from the subject matter experts that do the work rather than being personally rewarded for hero management?

Do they take more pride in what they have accomplished or what their team has accomplished? Are they willing to do whatever it takes to remove the roadblocks from the SME’s so that their team can focus on value-added work?

Getting the right people in the right seats on the bus is absolutely critical and cannot be circumvented. Here’s an example:

I worked with a plant manager at a large factory in Ohio. He was a great guy but always too busy to meet with me.

As an external consultant, I felt the pressure to show results quickly, yet often times found myself in an empty meeting room waiting for others to join.

Working with maintenance, I changed the lock on the plant manager’s office door and moved his desk out to the factory floor. When he returned to his office to find the door locked, I told him that he had been relocated to the floor. I sat at a card table next to him and we didn’t enter the office area for two weeks. Every day his desk would be covered with a fresh layer of dust from the rubber extrusion process just a few feet away. It was loud and chaotic, and we got a lot of strange looks from everyone in the organization.

After a few weeks our little pod began to grow, and the quality manger joined us as well as the production scheduler. Very quickly, we created a support cell right next to where the value was being created.

This changed their organization, soon all support offices were empty and work cells were created for each value stream. This was clearly an organization that was willing to humble themselves, put the SME’s above everything else and make the changes necessary to be successful.

Almost 20 years later, this company is thriving and continues to grow dramatically. They have survived all ups and downs of the economy and have remained a manufacturer in the United States at a time where everyone else had moved off shore.

It was their willingness to do things the right way, get the right people on the bus and humble themselves that allowed them to flourish.

2. Establish the Ruler: What is your value driver?

Understanding what value is and how you create it is the second step in this journey.

So many times, I engage with an organization that has system after system designed to manage their chaos. Yet, with all of this computing power they can’t tell you the simple things like:

Until you understand what value is in the eyes of your customer, you won’t be able to make the right changes to your process.

Making change for change sake is probably the most damaging thing a leader can do. Employees want a chance to win each day. They know when the work they are doing is non-value added and they will hate you for continuing to make them do it.

Clearly identifying value and how to measure it will unlock your organization and allow everyone the opportunity to find ways to increase it.

3. Create an insatiable thirst for excellence

I had a professor at Purdue University named Dr. James Windle who taught a class on The Deming Management Methods in the late 1980’s. He started every class by making us stand up and recite a pledge that he had written.

He would often give a cash prize for the first person that could recite it without making a mistake. Sometimes it was a dollar, sometimes it was $50 but it always had to be error-free. I don’t remember the entire pledge but I will never forget the first six words. “I promise to give a damn…”

Essentially, the pledge addressed the fact that we would be going out into the real world shortly and would be messing with people’s lives.

Being a process improvement specialist means you are facilitating change to a process that someone performs every single day. Promising to give a damn means that you won’t take this opportunity lightly.

You aren’t really there to improve their process, but rather, instill in them the desire and the tools necessary to allow them to change their own process. It is in this way that you turn on 1,000 light bulbs in an organization instead of just a few.

4. Always listen to the customer…..ALWAYS!

This is far different than saying that the customer is always right. Voice of the Customer (VOC) is about understanding what value is and how it changes over time.

If you aren’t constantly listening to the Voice of the Customer (VOC), you are likely to find yourself in an empty Blockbuster wondering why people refuse to rewind their VHS tapes when they return them.

This should be point number one on the list, but until you have the first three you won’t know how to listen to your customer.

Measuring VOC and comparing it to your voice of the process (VOP) will uncover the gaps in your systems. These gaps will become the opportunities for improvement that you need to get started.

With visionary (humble) leadership, an understanding of what value is, and an insatiable thirst for exceeding customer demands, you are now ready to do something with the information that your customer is giving you.

This isn’t an art; there are fundamental tools that we use to gauge the VOC and the VOP. Use these tools to move from managing by feel to managing by metrics.

Get someone to help you that knows what they are doing. Someone that has more than just post-it notes in their toolbox. Someone that has a proven track record of making fundamental changes in an organization and has the scars to prove it.

5. The tools…. finally the tools

When it comes to the tools, it really doesn’t matter what you use. Most organizations have so much waste that any tool will make an improvement.

Well over 95% of the BPI projects that I see are Lean projects. I find it helpful to use the DMAIC framework, this gives a common language that everyone can follow. But the fundamental process improvement tools used more often than not are the Lean tools.

So, use something to give your project structure and then relentlessly use the Lean tools to drive out waste and increase value. In most cases, you won’t need any additional tools for several years down the road.

To close, I will simply leave you with something that an old boss once told me: This organization has 1,000 people saying that they can’t do it, they don’t need you to be 1,001.

As a leader you have to lead….pretty heavy stuff, I know. If you aren’t willing to do the things necessary to be successful, then don’t get behind the wheel of the bus.

Someone in your organization drove the bus to this point, now they need you to drive it forward for the next generation. Focusing on these five fundamental steps will lead you and your organization to success.

How to Achieve Operational and Process Excellence: 6 Key Capabilities to Consider

Getting Started: What is a Process Assessment? Why Do You Need One?

People: The Foundation of Your Company, Culture and Process Excellence Programs

Performance Metrics: “If You Can Measure It, You Can Manage It”

Technology: What’s the Right Way to Automate a Process?

Bringing It All Together: How Process Excellence Enables Business Transformation 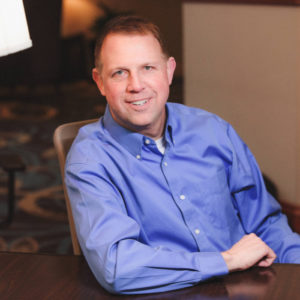 Want to improve your processes and align them with your business strategy? Together we can get you there.

As your company learns to adopt remote work for a longer period of time, you’ll still need to work on improving current operational and process excellence. To do so, you’ll need to learn how to create an operational and capability assessment while virtual.  Read the blog