Modernization + The Voice of the Customer: Flying with Southwest 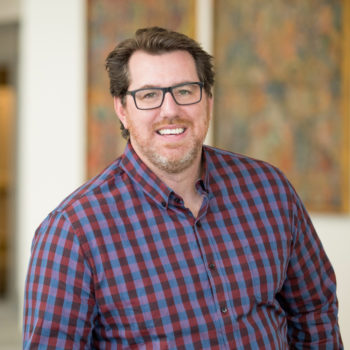 Southwest Airlines recently left thousands of people stranded after a winter storm. But any industry can avoid such crises by integrating modernization with the voice of the customer.

The year 2022 was rough for travelers. According to Department of Transportation data, the nation’s 17 largest carriers canceled more than three percent of their flights in the first half of the year. That’s nearly twice as many canceled flights compared to 2021.

However, those statistics don’t include the very end of 2022, when Southwest Airlines experienced a catastrophic holiday meltdown. While a nationwide disruptive winter storm triggered Southwest’s problems and staffing shortages didn’t help, those factors were not the only reason behind the airline’s cancellation of 16,000 flights that left hundreds of thousands stranded in airports.

Southwest now estimates the cost of the cancellations comes to at least $725 million and could rise to $825 million, more than half of which is from lost ticket revenue alone. Additional costs also include Department of Transportation fines to costs of upgrading computers and software. The longer-term cost to the company’s brand is harder to estimate, but also significant, as future customers think twice about choosing the airline.

While it’s not realistic to expect no cancellations, especially during major weather events, Southwest’s experience shows the necessity of implementing an ongoing modernization program that aligns with the voice of the customer (VOC). Failure to do so can be disastrous.

How Did It Get Here?

In 2017, Southwest migrated to a new passenger service system, Amadeus Altéa, one of the top two industry-standard platforms. But they forgot one fundamental truth about technology – it’s like a garden. It needs constant tending to ensure it is healthy and able to thrive. Their predicament wasn’t a matter of if failure will happen, but when.

It’s clear the company has a problem – a lack of an ongoing modernization program. In a letter, Mike Santoro, a captain and vice president of the Southwest Airlines Pilots Association (SWAPA), stated that there were “clear and constant signals that . . . aspects of our operation . . . were in desperate need of significant investment and upgrade.” Santoro noted further that SWAPA had been calling for improvements “for nearly a decade.”

Even Southwest CEO Bob Jordan acknowledged the issues in an email to employees. According to CNN, Jordan said, “Part of what we’re suffering is a lack of tools. We’ve talked an awful lot about modernizing the operation, and the need to do that.”

However, it’s important to note that neither Southwest nor the airline industry itself are alone. Most companies don’t have application modernization and maintenance programs. They don’t set aside a budget for simple housekeeping. They assume technology is in a steady state and will run as long as there isn’t a disturbance, which is a reactive strategy and induces a lot of unnecessary risk in today’s modern digital world.

Southwest’s crisis in December 2022 is only the most recent case study.

What Should It Do?

Like other lower-cost carriers, Southwest operates on a point-to-point model instead of a hub strategy. Point-to-point is a regional airline model where flights go directly from their departure point to their destination instead of passing through a centralized hub. As a result, tracking flights in a point-to-point system puts more pressure on resource planning because the airline has more flights and more connections.

Normally, a system like Amadeus Altéa can handle the pressure, especially if they are up-to-date. But during December’s storm, the pressure became too great, making it harder to isolate and fix problems — and to meet their brand promise.

Again, Southwest is not alone in its struggles to keep systems up-to-date and ready for any contingency. I have said many times that CIO stands for Chief Interim Officer and CTO stands for Chief Temporary Officer. That’s because many people in those positions struggle to implement modern systems and often lack robust modernization programs. Simply buying or implementing the latest technology only provides benefits for so long before needing maintenance. This is where most organizations stop — and they shouldn’t.

How Does It Include the Customer?

Southwest values empathy and transparency. After all, it is an employee-owned airline that even has hearts on the underbelly of its jets. Unfortunately, failure to modernize puts the company’s values at risk.

Modern companies demonstrate empathy and transparency when they are unwilling to sacrifice competence for profitability. When passengers hear about $14.7 billion in liquidity and large dividend payouts as they are stuck in a strange airport over the holidays, they rightly question what’s most important to the organization. Does “low fare” now mean “at my expense?” Am I important? Do I matter?

Companies can better address this customer sentiment if they integrate a VOC program into any modernization effort. VOC programs help standardize decisions across the company’s technology and business leaders, ensuring they integrate the customer’s voice at every step. From the boardroom to the developer, from business leaders to technology leaders, everyone needs the right information to make the right decisions at the right time — and the customer’s voice must be the core of that information.

Companies cannot assume a plug-and-play mentality, and they need to ensure their customer solutions can mitigate risk. In the end, Southwest hadn’t anticipated scenarios that changed up and down the crisis continuum, so they couldn’t build resiliency into their operations and flex their current technology in response. It was a hard lesson but one that all businesses should heed.

Lessons for Other Companies

What is the lesson for the average company? To avoid weather risky transportation businesses? No. The real lesson is to be planful about modernization, understand it is a part of your ongoing operations and don’t ignore it. Think holistically about who and how your technologies, solutions, products and offerings serve, so you can deliver on your brand’s promise.

If you’re building a technology solution to last longer than 18 months, you’re probably building a legacy system that can strangle you if not modernized. After all, if you can’t swap out technology components in months versus years, you risk extinction as a firm. If you don’t have a modernization program in place, you need one – yesterday.

You need to instill a modern software delivery capability inside your organization, one that enables rapid delivery of solutions at speed and scale with the reliability and flexibility to swap out key technology components at any given time – all while incorporating the voice of your customer.

Only by having a modern software delivery capability and a modernization program in place can your organization truly compete in an ever-increasingly disruptive world. After all, the last thing you want to be known for is “antiquated” technology and inflexibility when responding to market events.

Watch our on-demand webinar on application modernization. We dive into best practices for modernizing your application portfolio and optimizing cost.
Watch Our Webinar

Joseph Ours is the Director of Modern Software Delivery and a partner with Centric Consulting. He has over two decades of experience in IT and team management. He has a background in crafting strategies for modernizing technology practices for organizations. He is a leader in aligning IT delivery with business value and has a successful record of providing project and portfolio management of large technology initiatives.

Colin McGee has developed and embedded customer experience capabilities for Fortune 500 clients for 10+ years. He leads our Experience Design Practice and the company’s digital transformation and modernization efforts for financial services, automotive, and retail clients, increasing revenue while decreasing cost-to-serve measures. He believes in designing solutions rooted in data and empathy to remove subjectivity from design.

Voice of the Customer, Your Organization’s Key to ‘No Matter What’ Success

Are you looking for a method to deliver software at speed and scale rapidly and with reliability? Talk to our Modern Software Delivery practice. We can help your organization take your team’s delivery game to the next level.