Merits of LSS: How Does Blending Lean and Six Sigma Solve Problems? 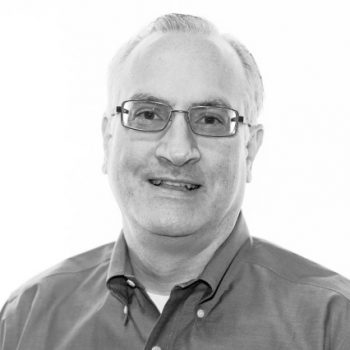 We explore the Merits – or Marriage – of Lean and Six Sigma. We’ll highlight the differences between the methodologies and how they complement each other by using an example of spreading mulch.

Part four of a series.

Seemingly a match made in heaven, the marriage of Lean and Six Sigma methodologies is approaching another anniversary.

Having made it past the seven-year itch, and going into the teen years, the question is: Will the marriage last?

The connection between these two business process improvement approaches was not loved at first sight, but more of a mutual friendship that developed into a long-term relationship.

Here’s how it all began:

Lean was the older one, a little more mature than Six Sigma, but Lean brought passion to the relationship. While born from manufacturing parents, Lean has evolved and grown into a mature methodology that benefits from more than just the manufacturing industry.

Lean has adapted itself to be an effective tool across industry verticals and, while traditionally focused on Waste Elimination and Flow, its principles can bring emotion to spice up any process in the home or office environment.

Six Sigma was born from a similar lineage, rooted in statistical models and analytics. Early on, Six Sigma was given nurturing and praise from Allied Signal and GE, resulting in its early stardom.

Six Sigma has the looks and fame, but all the attention has not gone to its head. It remains logical and sensibly ground in the numbers that help keep it relevant while continuing to garner popular, cameo roles.

The pairing of Lean and Six Sigma

The pairing of Lean and Six Sigma seemed unlikely, given their difference in age, styles and fame, but they are a classic “opposites attract” coupling, with both making the other better.

The emotion and passion of Lean, with the logical thinking of Six Sigma, create a dynamic duo similar to the movie “Notting Hill,” where the simple shop owner falls for the movie star. (Don’t ask me how I know this. I’m more of the Lord of the Rings kind of guy, but it’s what you do for a loving wife… Besides, the movie fits my analogy, so… Ha!)

An Example of the LSS Marriage

The merits of this Lean Six Sigma (LSS) marriage can also be told through the example of mulching at our home (always a fun event). For this year’s mulch weekend – yes, two full days of labor – we were down one worker, with my daughter off to Spain doing research. My son, however, had just graduated high school and was lucky enough to be available (he had no choice).

As we started out, my son managed the logistics, loading and delivering mulch to my wife and me to spread it. Initially, we could spread it faster than he could reload. But as we moved to a different part of the house, we had to spread by hand. With his youthful energy, he sprinted back and forth, reloading and then taking a break until we needed him again.

After some time of this going on, I saw the error in our process. We were not balancing the load, so I decide to use this as a teaching moment. (My family loves my “Teaching Moments” … NOT!)

I explained to my son that with his speed, the breaks were great for him, but the other two workers (us) had yet to take a break. It would be better to balance this out, so we could keep everyone working at the same pace (value added = spreading mulch).

With this in mind, we rebuilt the process flow. He became more flexible in how he supplied, helping spread at times and overall reducing the waste – downtime – in the process. Yes, we did take breaks, but as a team, not individually (I’m not that much of a task master…and no comments from the family here…!).

The other aspects of our mulch spreading were the volume, the number of cubic yards, and how thick we spread it. While mulching, we started spreading it thin to assure we did not run out.

Last year, for the first time ever, about halfway through the pile we realized we were going to have a lot left, so we started going heavier as we spread – and then almost ran out by the time we finished. By the time we were ready to finish the last section, we were down to the last wheelbarrow. Thinking back, we had a lot of variation in the thickness of mulch in the beds.

This is where Six Sigma tools are useful: check the mulch levels (Measure) and define the variation (Analyze). Knowing this, we could help reduce the variation and overall amount we got for next year (Improve and Control).

While Lean helped to improve our workflow, Six Sigma would have helped to reduce our variation in the mulch’s thickness.

At the end of mulch day, I actually shared this same story with my loving family. (Looking back, this was probably not the best time to share my thoughts. I am sure it was just because we were tired and had enough of the mulching, but they were about done with my “Teaching Moments.” Next time, I will bring this up after we are well-rested and the mulch has cleared from our lungs and sinuses!)

This is the foundation on which Lean and Six Sigma have built their relationship, and why they will grow old together. Lean is a great way to eliminate the waste, balance the process and improve throughput and speed as a team. Six Sigma can then come in as the optimizer, reducing the variation in the process and ensuring consistent performance to meet goals.

The blending of methodologies and tools to help improve almost any business problem.

Next year, it will most likely just be my wife and me for mulch weekend. I am sure, with Lean Six Sigma, we will be able to procure less mulch, and finish in less than two days! (Or, I could just hire someone else to mulch it for us, but I just know how much she looks forward to that weekend).

We will see if the logical side of the emotional side wins this battle!

What Can Process Excellence Do For Me?

Merits of LSS: How Does Blending Lean and Six Sigma Solve Problems?

Want to learn how our Operational and Process Excellence approach can help you?