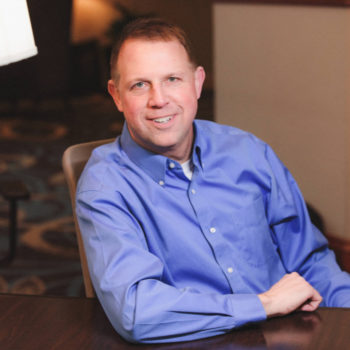 Part five of a series.

I’ll take a few liberties with this story since it’s been a while and the details are a bit hazy, but hopefully, you’ll see the point.

In a prior role, my team was responsible for converting a government agency to our card-processing platform. In one location, an individual refused to perform the conversion until they received the “Sally Report, ” a report the current processor provided.

When pushed harder about what the Sally Report was, this individual could only explain that “Sally” was someone who hadn’t worked at the facility in a number of years, but the individual still printed the report by hitting “F12 every morning” and then delivered this report to another location.

After an extended period of time trying to hunt down details on the Sally Report, it was noted that the person whom the original “Sally” had been sending the report to was also no longer in their position and the replacement had never used the report at all.

It turns out that this report had been produced for years with no purpose. The inability to recognize that previous constraints no longer existed led to waste across multiple areas and a delay in the processor conversion. No one took the time to ask the simple question of “why?”

How to Identify a Process Improvement Need

This story leads me to my (nearly) fool-proof method for identifying areas requiring process improvement: just ask why.

Similar to the “5 Whys” method used to identify the root cause, this method is based on simply asking a person to tell you about their process and continuing to ask “why” multiple times in order to determine the purpose or reason for each process step.

If they can give a good answer four or five times, then the process step can probably be left alone in the initial analysis. If not, it’s probably an area to start looking at for a “just-do-it” fix.

In the initial process interviews, you can generally find the areas that need to be addressed within two or three “why” questions. In the Sally Report example, some answers that gave it away: “I do this because the person before me always did this” or “We’ve been doing it this way for 20 years.” The first two or three “why” questions often result in a dumbfounded look or a delayed response of, “I guess I don’t know.”

To Improve Processes, Keep Asking Why

This same approach can be applied to individual process steps, as well as overall processes. Starting with a broad “why” question with another simple follow-up “whys” can lead to a wealth of process knowledge.

Questions such as “Why is this process done?” help to identify the business purpose. Answers should relate to delivering business value or be subject to additional “why” questions. Other good questions include:

In general, more thorough process improvement methodologies such as Lean, Six Sigma, or Kaizen can add significant value, but these may be more than a company initially needs. Many business processes today can achieve benefits more quickly by identifying “just-do-it” improvement opportunities.

Once these (often simple) modifications are implemented, the revised process can then be further optimized through another process improvement methodology.

Just start by asking: “Why?”

Tom Ujvagi is Centric’s National Process Excellence (PEX) Practice Lead. He has a strong focus on developing tools and methodologies that can be leveraged across multiple companies and program/projects. Tom has served in numerous roles over his nearly 20-year career and has always maintained a focus on continuous improvement, whether through process, technology, or the convergence of the two. Follow Tom on Twitter.