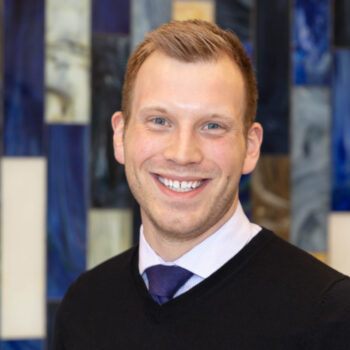 In 2015, I transitioned my call-center team from office work to remote work, teaching me how to lead in remote environments. Who thought that would ever be useful?

2015 was an insane year. Like, wild wild west, insane. Folks shook hands with complete disregard to social distancing. Six feet apart was no consideration when engaging in those awkward hugs that none of us really enjoyed, but so desperately long for now. You could see everyone’s entire face. Toilet paper abounded, and while hand sanitizer flowed freely, hardly anyone used it. Working remote was a luxery. It was absolute anarchy.

Given today’s world, you wouldn’t think those circumstances could move an entire team from office work to remote work, but it happened six years ago in my pre-Centric Consulting days when I was managing a 24/7 hospital system call center. Despite adopting a remote model in less challenging circumstances than those we’re experiencing today, the lessons I learned as I led my team to a new remote world are still true.

Spoiler alert: Success in a remote world isn’t rocket science. However, as my colleagues at Centric write in their new white paper, “Business Anywhere: Our Guide to Becoming a Digital-First Organization,” you need intentional, regular interactions to create connections when working remotely. This is especially true when your employees may have spent the last year feeling like they’re on a virtual island during a pandemic.

Why We Transitioned to Remote Work

Before we get into the lessons learned, I should probably give you some background. Just so we are clear, I have no crystal ball or future-predicting abilities. If that were the case, I would be writing this from my private island in the Bahamas, rather than my basement in the Midwest.

The call center I managed in 2015 received after-hours calls for roughly 500 pediatricians and 250 adult primary care physicians across the St. Louis region in Missouri and Illinois. We had a team of 25 individuals, and we were doing pretty poorly when it came to nationally recognized call-center metrics. Our average speed of answer (the time it took our agents to answer an incoming call) was three or four times the national benchmark, which resulted in painfully long wait times for patients to speak with a clinician.

If you’ve ever put your child to bed at night and noticed that something seemed “off,” you can understand how any amount of time spent waiting for someone to respond or speak is unbearable – let alone waiting for several minutes.

In our quest to get better, we realized we needed to overhaul our schedule and move to a remote model. We knew becoming a remote workplace would be the elusive “game-changer” that would allow us to serve our patients better.

We started by creating remote working policies that would allow us to flex staff when we saw increases in call volume and schedule regular “half-shifts” for predicted busy times. Then, we communicated our new policies to employees.

But this was only the beginning. At the time, I didn’t fully grasp how I’d have to change my game to be a better leader of remote workers — one who provided clear guidance to remote workers, ensured they had the necessary tools and skills, and modeled good remote-work behaviors.

For me, the first step toward creating a people-centric remote workforce was becoming more intentional about interacting with my team. When we were in the office, I could easily stop by people’s desks to say “hi” and chat with them to see how things were going.

In my new remote environment, I initially found it easy to forget about the people I served as a leader. Out of sight, out of mind, right? Looking back on the first couple of weeks, it was as if robots had replaced my team of humans, who were now just names in my chat program.

I quickly realized that my team craved meaningful work interactions just as much as I did. So we took steps to ensure we all enjoyed those interactions:

While these additions to my day took time away from the other thousands of things I had on my plate, they helped me model good remote-work behavior. The group chats showed I cared about how we were all doing. The jokes showed I wasn’t afraid to put myself out there. My hasty exit showed I trusted them to get the job done. Check-ins and 1:1s demonstrated I cared about them as both a group and as individuals.

Being intentional about my interactions with the team paid major dividends in the long run, which we’ll get to later.

Getting Creative in Our Virtual World

Our new remote world also meant we had to be creative with our meeting structures. That meant moving from in-person meetings to conference calls or video conference meetings (sound familiar?), and it meant we had to do more planning for team-building activities. At that time, it was possible to have luncheons or shifts where folks could work in the office, and we’d have food or fun events.

In today’s world, getting creative might look like a team virtual happy hour, lunch, or an early morning group coffee. Whatever it means for you, the end goal was to bring us together for something other than work.

A final lesson I learned was that having and building trust with my team was more important in a remote model than ever before – and the trust had to go both ways.

I had to trust the employees that they would do their jobs and not be on the clock while binge-watching their favorite shows. We benefited from having individual metrics in place before moving remote, and I made it clear we were still tracking those metrics by reviewing them during my 1:1s with every employee.

On the flip side, my employees needed to trust that I, as their leader, would not leave them stranded on a remote (virtual) island. They also had to trust I was open to shifts in their workday that would help them maintain work-life balance and healthy boundaries – which was easier to achieve in the remote model because we had more flexibility in our staffing.

I first began building trust by ensuring I set up each individual to be successful as a remote worker. That looked different for each person on the team. Some just needed to have the equipment, while others needed extra care and attention.

As time went on, sometimes building trust meant something as small as following through on little things, like expediting a new headset when the old one wasn’t working. Simple actions such as these also demonstrated empathy for my team members. As the “Business Anywhere” white paper notes, trust and empathy are two of the most important qualities a remote leader can have.

Now, about those dividends. The team produced its best metrics in 25 years. We saw the lowest abandoned call rate (the percentage of calls people gave up on because they were waiting too long) and the lowest average speed of answer ever. We also saw the lowest employee turnover rate in years.

More impressively, these trends remained for several months, proving they weren’t one-time phenomena. I will be honest and say we were not perfect by any means, but the team performed better than we had in a quarter of a century.

I wish I could take credit, but the team truly did all the hard work. All I needed to do was make sure they had what they needed — be it human connection, trust, or technology — and let the team do the rest.

Fast forward six years to the year of the pandemic, and we’ve all been abruptly forced to embrace the remote work model. As a consultant, I feel profoundly fortunate to help my clients navigate these crazy times by sharing some “dos and don’ts” I experienced firsthand.

And, while some companies have easily and seamlessly transitioned without their culture taking a hit, others have employees who feel like they’re locked in virtual solitary confinement for the duration of the pandemic.

Whether your company falls into the former camp or the latter, I believe the lessons of being intentional about connections, getting creative in how we connect (both about our work and non-work lives), and building a culture of trust will become even more important in 2021 and the years beyond.

Here’s to a year full of new opportunities. And, hopefully, a lot more of that “chaos” we experienced back in 2015.

Joel Longanecker is a Senior Operational Excellence Consultant for St. Louis with expertise in process improvement, business strategy, and has a Lean/Six Sigma Black Belt. He managed teams in the restaurant and healthcare industries for seven years before moving to business consulting. He enjoys hiking with his wife and three dogs or playing basketball and soccer with friends (when there isn’t a pandemic that ruins everything).

Adopting a Culture of Agility in Today’s Changing Environment

Business Anywhere: Our Guide to Becoming a Digital-First Organization

We can guide you to a Business Anywhere future — one where every interaction is smart and seamless, every process is fully automated and paperless, and everyone is ready for whatever the future holds.

Let us be your guide

Our St. Louis Team Can Transform and Grow Your Business

We’re always looking for a new challenge. We enjoy getting to know new people and establishing long-lasting partnerships in business. Let us provide solutions for you.