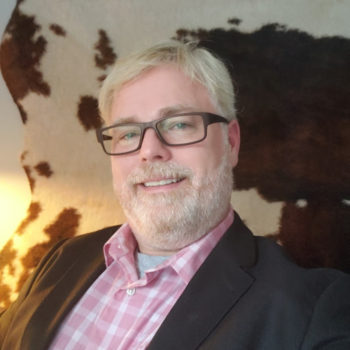 Spice up your organizational change management routine with three “tools” to improve internal communications and engagement.

Let’s face it, creating organizational change management (OCM) plans has become second nature and, at times, downright boring. Your company has the same five meetings every year and the same limited intranet presence coupled with strict rules on when and how to send communications to all employees.

Your OCM plans become more of a lift-and-shift from the same plan you did last month about a completely different change, but you only have the same five communication tools at your disposal. Are you bored yet? Probably — and so are your stakeholders.

There are three OCM tools you’re probably not taking advantage of but should. Doing so may relieve the boredom not only for you but for your leadership and stakeholders. It will also help you get the message out far more effectively than before.

Social media is everything and everywhere. We can’t escape it. Social media posts are the Burma-Shave billboards of the 21st century. Consider these questions:

Internal forms of social media are great at promoting culture and help you think beyond traditional methods to get your message across. I once worked at a company that effectively used Yammer during an annual “show and tell” for their IT organization. Along with putting hashtagged signs at different booths, we pre-drafted some social media posts for our leaders to use as they toured the various booths. This connected employees unable to attend the event to the information they needed to learn more along with providing easy access to the booth participants.

When working with my clients, I pre-plan and pre-script leader messaging for comments and social media. Once you do that for a while, the next layer of leadership realizes they need to follow what the boss is doing, which eventually leads to employees doing it, too.

I’m also aware of HR concerns about using appropriate language and their desire to create a list of rules around social media. Please stop. If you cannot trust your employees to be appropriate when using internal tools, then you have bigger, deep-rooted cultural issues at your company.

Take the time to think beyond the traditional. Create and publish quick videos, for example. Tools like Microsoft Teams has links to a suite of social media apps such as Sociabble, Streem, Bites, and more. Try these out, and see what works for your company. It’ll expand your ability to communicate.

2. The Element of Surprise

Get employees attention quickly by doing something out of the ordinary. If you’re undergoing a significant change, add in a “surprise” element that you’ve never tried. Elements of surprise can include:

Get creative. One employer I once worked with wanted to encourage employees to take time out of their week to focus on their careers. We came up with the concept of “taking 5 minutes a day” for your career. That “take five” moment included some suggestions we wrote out on a laminated card for their desk and dropped it off along with a Take 5 candy bar.

At another company, we effectively used a mass voice mail message from the CEO to encourage every employee to review their benefits (after the company transitioned to a new system). We wanted 100 percent adoption – which we received within two weeks.

Doing something new gets everyone’s attention, and if the change is that significant, it’s worthwhile to do something unique to raise awareness.

We often forget that humor is important at work, at home and in our lives in general. Various research articles document the benefits of laughter. Adding humor to your internal change communication plan will help make sure your messages stick. But humor does more than that. For example:

It’s important to note that your humor needs to be well-timed and appropriate. I once worked with an executive who was handing out education awards to employees in a large ceremony. One staff member came up to the stage to receive recognition for her achievements, and the executive decided to state the obvious, humorously, “Wow! You’re pregnant!” Silence fell across the room – she wasn’t pregnant. It was both poorly timed and inappropriate – always be careful with humor.

If you can’t be “ha-ha” funny, at least be “aha!” funny. Cleverness is another way to help get your point across.

Encourage your sponsors not to be afraid to chuckle at themselves publicly. It signals that everything is okay.

A few years ago, I was in an OCM/Communications role for the CIO of a Fortune 20 company. The newsletter for our part of the company had relatively low readership, low engagement and no impact on the change efforts going on around them. With the CIO’s permission (and encouragement), we re-branded the newsletter and launched the new version on April 1. The lead story warned all employees to be mindful of the trained ferrets we were using to run cables between the east and west campuses.

Over time, we built up a strong readership and began getting requests from other parts of the company to access our newsletter. Yes, we shared information, but our articles did more than share data – they involved, inspired and made our readers laugh from time to time.

Get out of your comfort zone when it comes to change management communications. Employees, especially your younger ones, expect to access the same tools for social media they use every day. Build communications specifically for internal social media outlets. Don’t be afraid to add the element of surprise in once in a while, and try your hand at humor. Not only will you connect with more people (after all, increasing adoption is typically our number one goal in change management), but you may start enjoying your work more as well.

Doug Riggle is part of our People and Change National Team. He is passionate about helping leaders and teams thrive amidst times of change. With a strong change management and employee communications background, Doug works to bring out the best in his clients as they manage through continually shifting priorities, projects and customer needs.

Doug began his career as an intern at the American Red Cross in Texas, working with media relations during disasters. Additionally, he has more than 30 years creating communication plans designed to inform, inspire and involve. He calls central Ohio his home, where he uses his spare time overseeing an international nonprofit serving orphan, foster, refugee and at-risk kids.

6 Ways CIOs Have Quickly Adapted to a Remote Work Model

Align Your Operating Model and Strategy to Benefit from Business Anywhere

Together we turn change into transformation.