Skip to Main Content
back to all posts
|
Technology 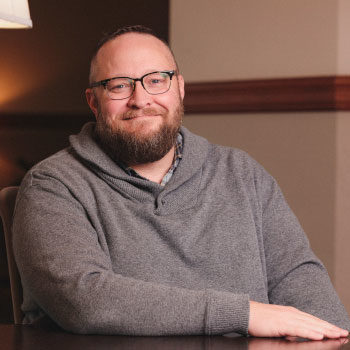 Each year Centric hosts a one-day developer’s conference called Camp I/O. This is truly a great event.  The 2011 incarnation  took the form of a contest in which teams were formed and a project was undertaken.  here were lots of fabulous prizes and more importantly the ‘geeks’ of Centric were able to spend a day together. We live all over the Midwest and on the East Coast so this is rare. In all sincerity, Centric has a great community and a great group of technologists.

I was happy to put together a team from Columbus. We decided to build an application that would assist us in the recruiting process, while highlighting our capabilities in web, mobile and testing development. We chose a tech stack that was unfamiliar to most everyone on the team so, on top of building an application for a contest, we were doing things that we did not necessarily do every day.

First, we chose to adhere to an agile approach. Our time was going to be limited so if we were going to do something that provided value in the limited amount of time, we thought this was the best approach.

Second, we knew that we were going to heavily utilize various cloud services so we needed to chose a tech stack that was deployable in the cloud. This worked well as we also had limited (read no) budget on which to support this application. Given that we also wanted to learn something new we chose Ruby on Rails as the core of our application. It deploys easily to Heroku (our Platform as a Service provider) and is open source. We also wrote a mobile application and service component is .NET.

Third, as we were not often to co-locate, we needed to choose tools to support our work patterns and disparate development workstations (Windows, OSX and Linux).

Given these constraints and goals below is a description of our tech stack and the role each component played.

The Centric Consulting CampIO experience was a blast. I believe that the whole team benefitted from their participation.