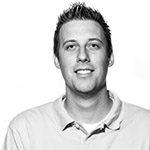 Working remotely vs. working in an office is rapidly becoming an emerging issue.

Let’s take a look at the direction this is taking, and what it takes to make working from home effective.

To explore this trend further, I interviewed two co-workers, Jill Sidoti and John Kackley. Both have extensive experience in both types of work environments, and both offered some insights into what helped to make working remotely a success. Jill worked at a fully virtual company for about five years while John has been a consultant on various projects across numerous clients.

As a result of our interview, I identified three main themes that contributed to a successful virtual workplace: Communication, Balance and Advantages.

Communication: Is it Harder to Communicate When a Team is Working Virtually?

One of the biggest concerns for both employer and employee is effectively communicating with each other, especially when there is a lack of “facetime” at the office. To overcome this concern, Jill related how, at the beginning of a project with new team members, they would use video chatting so that people could see each other during meetings, which led to more engagement and helped to foster trust among the team. She noted, however, that as the team members became more comfortable with each other, the video chats were eventually phased out and replaced by meetings with just everyone’s photo. The meetings were still successful, as they were at a point in the project where everyone trusted each other, but having the pictures display assisted in the continued success of their meetings.

Balance: How Much Should You Work from Home?

What is the perfect balance of working from home vs. working in the office? Is it 100 percent virtual, 100 percent co-located or a mix of both?

The conclusion that Jill and John came to is that it all depends, of course, upon the situation. In Jill’s case, the entire company was working virtually, so the proper fit was to work virtually 100 percent of the time. Now that she’s in a new project, it works best to split her time between working from home and being in the office.

For John, it comes down to what you are personally capable of doing. For example, he may split up his day where he works part of the day at the office in the morning, and then fulfills family obligations in the afternoon, only to return and work virtually later in the day.

A recent Harvard Business Review article stated that people who have established social lives—older workers and those that have children — tend to prefer to have the option to blend working virtually with working in the office. The study also concluded that “in comparison with the employees who came into the office, the at-home workers were not only happier and less likely to quit but also more productive.”

Advantages: Is There Measurable Value In One Type Of Work Environment Over The Other?

There are numerous advantages for an employer to permit work from home arrangements. While employees have the convenience of no commute and the ability to work anywhere geographically, the employer has the ability to leverage:

The combination of advancements in technology with the growing number of millennials entering the workforce is driving an overall shift in the desire to work virtually, and there is measurable value in allowing employees to work from home. However, some guidelines should be implemented to ensure that people communicate effectively.

Furthermore, the guidelines should ensure that those who work from home are incorporated into the social life of the office, and are encouraged to participate in meetings when part of the team is working in a more traditional office space.

Tim Andris is a Senior Consultant with Centric Chicago. He has extensive expertise in both Business Process Management and Organizational Change Management.