In this segment of Centric Commemorates, three of our teammates share their perspectives on Asian American Pacific Islander Heritage Month.

Our ability to reach unity in diversity will be the beauty and the test of our civilization. – Mahatma Gandhi

Asian immigrants have been gracing American shores since the mid-1800s, thanks to everything from the Gold Rush and Central Pacific Railroad to the American dream of freedom and a better life. But, while Asians have contributed greatly to the growth of this country, our history is also rife with trials of inequity, exclusion and even massacres.

Our contribution was noted when, in 1977-1978, Congress introduced and passed a bill to designate the first 10 days of May as Asian-Pacific Heritage Week. Then, 14 years later, in 1992, President George H.W. Bush signed an extension to make the celebration the entire month of May. Another 26 years after that, in 2018, legislators signed House Bill 3360 to designate what we now know as Asian American Pacific Islander Heritage Month.

With such a broad term, it should come as no surprise that dozens of different ethnicities, religions and  languages  from over 20 countries make up  AAPI. While the data varies based on resources, Asian American Pacific Islanders make up almost six percent of the US population and over 60 percent of the labor force participation rate. At Centric Consulting, Asian employees make up the second-largest percentage of workers.

In the third installment of our Centric Commemorates series, my colleagues Eric Chai and Carlos Cruz join me in sharing our perspectives on AAPI Heritage Month.

When I was asked if I wanted to write a few words about Asian American Pacific Islander (AAPI) Heritage Month, my first thought was, “There’s an AAPI month? – well, that’s cool.” I grew up in communities where, though we were definitely minorities, I barely knew I was “different.” Perhaps it’s because, for the most part, Filipinos from my parent’s generation had an assimilation attitude.

We did not hide who we were – we shared food and traditions with those close to us. But, I don’t recall any real outward celebration of being Filipino. Inwardly, Filipino pride was full-on. Most of the social gatherings we attended were with fellow Filipinos. We ate Filipino food and celebrated Filipino traditions at home. We learned Filipino values. I guess the short version is, when we were with other Filipinos, we were very Filipino. When with “Americans” (yes, I know this is a loaded term – we can talk about it later), we were pretty American.

Interestingly while that may seem dichotomous, it did not feel that way. I think it is because of the fairly unique American experience – I am an Asian-American, even more specifically, I am Filipino-American. I am simultaneously both. (Let’s not talk about being an Asian named Cruz – that just confuses everybody ).

Let’s look at the contrast in most of the world, where there are no, or at least there did not used to be, “hyphens.” For example, an American who emigrated to France did not become an American-French. They were an ex-pat or an American in France, but they were not considered French in any fashion.

Sadly, I feel like this ideal is taking a lot of hits lately. Racism has been normalized, emboldened. You see it too often, and we experience it too often these days. Not too long ago, someone spit at my kids and my parents, as they walked down the heart of Michigan Avenue just steps from their home, and told them to “go back where you belong.” Their offense? Speaking their native tongue in public.

My parents are naturalized US citizens. I was born in Chicago. My children are second-generation Americans. We are where we belong.

What am I trying to say? I guess if I boil it all down, squash the hate and celebrate the hyphen. Because unless you are a Native American, we are all “hyphens.”

As a first-generation daughter born to two parents who escaped their native country of Vietnam, I have been fortunate to experience life in the land of the free. But, as the saying goes, nothing is free. While I was lucky to avoid a communist upbringing, that certainly didn’t spare me from other forms of control or violence. Outside of some extreme situations, I dealt with an equally troubling inner struggle — not often discussed but worth highlighting — revolving around identity issues.

Even though I was born in the States, I’ve often felt homeless. I didn’t fit in here, but if I ever went to Vietnam, I knew I wouldn’t fit in there either. Adding insult to injury, it is not uncommon for people to ask  (both maliciously and innocently), “Where are you really from?” It wasn’t until recent years I was finally able to admit to myself that I am a Vietnamese American and embraced being different.

In a world that often seems so black and white, I spent many years wishing I looked different so that I could fit in. And, I felt unheard because another group’s problems were worse than my own. Someone once told me I was “basically white,” so I couldn’t possibly understand the struggle of being different.

So, between negative interactions and being brought up in a culture where you’re taught to stay quiet both as a sign of respect and as a method of survival, I tried to blend into the abyss, hiding and ignoring the amazing culture that came with my natural upbringing. It is from my experiences and so many other reasons why I believe it is so important to recognize all the beautiful differences that make us human.

I hope that sharing my story can help bring about not only awareness but more curiosity about those around us. The simple and sad truth is that hatred and discomfort toward perceived differences exist everywhere, and change is hard. It is more important than ever to celebrate the differences between us and recognize the positive influences – be it cultural or even lessons learned – diversity brings to our world. I hope you’ll join me in learning more about the rich cultures and histories that make up Asian America Pacific Islanders.

Growing up as an Asian-American with Chinese/Laotian roots, my childhood perspective on what it means to be Asian has changed through the years.

Early on, and throughout grade school, I didn’t recognize what race was. I don’t believe that many kids do. I didn’t see race, gender or social classes. I saw my friends, classmates and teachers as people. It was a blissful time, where anyone could talk to anyone, and you befriended those who simply shared the same interests as you, whether that be soccer, kickball or eating peanut butter crackers.

As I grew up, I started to realize how being Asian was affecting my day-to-day life and how race ultimately impacts all our lives. I noticed how I would get treated differently, not necessarily in a bad way all the time, but simply different.

By the time I reached college, I had met hundreds of others who had similar experiences to mine, as well as those who had it much worse. It pains me to hear about the experiences others have had.

To me, AAPI Heritage Month is about reflection. Although until recently, I haven’t done as much reflecting as I should. #StopAsianHate has been trending on Twitter, which has made me reevaluate how I feel about my Asian heritage. It has reinforced that I am proud of my history and the sacrifices my ancestors made to come here, to give their descendants a better life than they could ever dream of having – which allows me to continue to broaden my perspective not only on my own culture but on all kinds of backgrounds and histories.

Being able to celebrate the accomplishments of AAPI and other cultures is a blessing and an opportunity. I think it will be a great stepping-stone toward what the future holds for diversity, inclusion and the opportunities the people of America have been promised all along. 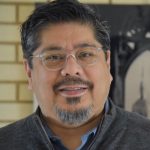 Carlos Cruz leads our Data & Analytics Practice in Chicago. Carlos has spent most of his professional career in consulting, helping clients with process optimization, enterprise strategy, and data and analytics. Born and raised in and around Chicago, he is a die-hard Cubs, Bears and Blackhawks fan. Above all, Carlos loves exploring (nature, food, cities, cultures) and learning with his family. 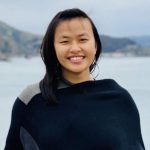 Mary Vo is a Senior Consultant with our Chicago team. She has spent her diverse career perfecting the combination of her love of business and operations with her passions for culture and helping others. In her spare time, Mary enjoys exploring and trying new things via traveling. She is a self-proclaimed foodie and enjoys cooking and baking, dancing, sports and whatever comes her way. 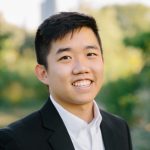 Eric Chai is a Senior Developer on our Chicago team. Having been with Centric for the past four years, he has shown his passion for technology by working on various projects across various locations, from Seattle to Miami, Chicago to St. Louis, and many more. When the workday comes to a close, Eric enjoys cooking, brewing teas and coffees, and spending quality time with his loved ones. Eric currently lives in downtown Chicago with his fiancé Kellie and their dog @DaisyByBarkJacobs. They love to travel the world to find tasty eats. Their favorites spots, currently, are Paris and Tokyo!

Centric Together: A Closer Look at Diversity and Inclusion