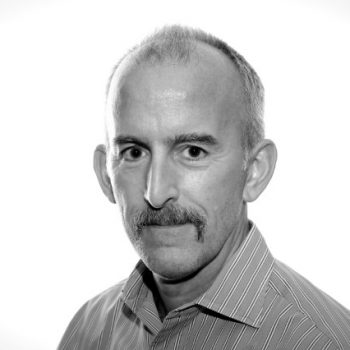 A year later, The SMART Ride mobile app that Centric Miami Mobile Architects created in their spare time, is still a hit.

For the second year, I rode in The SMART Ride (Southernmost AIDS Ride), a two-day, 165-mile bike ride from Miami to Key West.

This amazing charity has raised over $8 million for AIDS/HIV support agencies in Florida during the past 14 years, with 100% of donations benefitting agencies.

Originally the ride was scheduled for November 2017, but Hurricane Irma put a stop to that. So it was rescheduled for Jan 19, 2018. Having lost our bikes in the hurricane due to storm surge, we were unable to train. Luckily, we were able to just rent bikes for the two days, which worked out great.

I was part of an awesome team called the Key West Mile Markers, which raised an incredible $106,000. The ride raised $836,000 overall this year.

About the SMART Ride App

Last year, I worked my Centric Miami colleague, Chris Martinez, to develop a mobile app to support the organization’s charitable efforts. Learn more about that here.

During the safety briefing for all of the riders, the organizers encouraged everyone to install The SMART Ride app. Chris created the Android version. I created the iOS version.

I made some improvements to the app for this ride, including street sign warnings that appear two miles before each pit-stop. I received good feedback that these served as a good moral boost for riders.

This year, I am looking forward to adding some non-rider features to the app, such as the ability to donate using Apple Pay, since a lot of people do not like entering their credit card information on websites.

Graham Savage is a Mobile Developer with our Miami team. He has over 30 years in software development. He has spent the past 10 years working exclusively with iOS, and dabbling in Android and Xamarin. Graham holds a Bachelors in Electronics Engineering. Between 2000 and 2006, he took a break that including adventures in travel, photography, design, greeting card sales, and landscaping.