3 Ways to Lead with Cultural Intelligence for Project Success 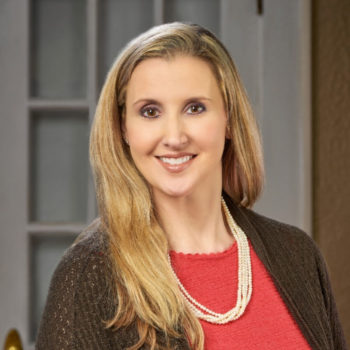 Introducing cultural intelligence in your organization will give you, your projects, and your company a competitive edge.

Have your project leaders considered the impact that culture can have on the overall success of a project?

Merriam-Webster defines culture as “the customary beliefs, social forms, and material traits of a racial, religious, or social group; also the characteristic features of everyday existence (such as diversions or a way of life) shared by people in a place or time.”

Well, if you haven’t thought about it, you should. It could mean the difference between delivering the project on time and within budget.

Years ago, I took on the role of mentoring a project team that was focused on cleaning up technical debt. The project team and client agreed on a nice time buffer and reasonable scope. We expected the team to glide through it all smoothly with time to spare.

The team worked diligently, each day, to communicate the status of all of the moving parts and remove any roadblocks.

I checked in with the team and client regularly to ensure all was on target and moving along well. The client regularly provided good feedback on the progress and work. The team mentioned minor issues, but reported the project was going well and would be completed on time. That is, until it wasn’t.

Those small issues were big problems that would end up impacting the timeline. If the extent of the issues had been accurately reported, I would have figured out how to fix them.

Looking back, I asked the right questions regularly: How are things going? Are there any issues that we or the client need to work through? Does it look like you’ll finish on time?

Yet, I was totally surprised that the project team ended up behind. What went wrong?

It’s easy to say that the team was too optimistic. But the truth is the cultural norm in the team’s country allows them to be less forthcoming with the truth, unless their self-identified group may get hurt.

The team worried that full transparency would cause trouble for their group. They were not identifying the client or me as part of that group. And with this realization, a glaring cultural difference emerged.

When working with an offshore project team, the focus usually turns to collaboration tools like good meeting and video-conferencing software to solve for common cultural and regional differences.

Other typical fixes to account for differences: Offshore teams may agree to take meeting times outside of standard hours, promise to produce quality documentation, and set standards by putting them in writing.

However, none of these changes address the behavioral differences in culture.

Think back to the last time your project had team members with differing generations, management styles, and life stages. Did project leaders realize the differences and make plans for the impact? If they did, chances are they failed to see the behavioral impact of culture on a project.

The best projects have leaders with cultural intelligence.

To get to the next level, ensure your project leaders and sponsors know the cultural impact of your project’s team members. And no, you can’t see culture across the room, you do need to get to know your people.

Ask your team about their managers and past team experiences. Get to know who they are and their currency for a job well done. Maybe they share insights on their family and stage in life and what’s important to them at work and outside.

Do your research on the behavioral differences among your team, especially any wide gaps in standards.

People assume that others will act in a way that is typical in their culture. When members of the team make such an incorrect assumption, issues and risk grow within the project.

Our worksheet can help with this step.

#2 – Consider what can prevent or lessen the negative impact

When your project leaders expect that a cultural difference might negatively affect a project, have them create solutions to bridge the gap in expectations and plan specific tasks to deliver those plans.

Each project leader should make a point to step back, listen, and observe, watching for cultural influence along the way.

The best leaders don’t follow a cookie-cutter strategy on the behavior of their teams. They customize their approach, rooted in cultural intelligence.

#3 – Build a strong relationship with the group

These days, as I mentor teams in which there’s a similar cultural gap in transparency, I focus on building a stronger relationship with the group.

I can’t expect non-Americans to respond in an American way, so I meet them in the middle. I soften my expectations regarding their behaviors, ask more pointed questions, tune in to subtleties, and work to make them comfortable with full disclosure.

Small talk is an intentional part of my task list as is one-on-one time. I ask each about family, their workgroup, their geography, and what motivates them. I listen and learn, with a careful watch on potential negatives and gladly accept the differences that yield positive influence.

With the roots of cultural intelligence planted, how can you incorporate what you’ve learned?

Whatever your project planning process may be, add a cultural assessment step for new and existing projects. Work with the project leader to create a strategy to soften negative impacts and bolster the positive. Treat your project team as the unique entity it is, worthy of a tailored approach.

Assess and plan for cultural differences – and observe the impact on the project from the basis for cultural intelligence. Introducing this rarely seen trait in your organization will give you, your projects, and your company a competitive edge.

Tracy Dixon is our UiPath Partnership Lead and the Operational Excellence Lead for our Miami location. She’s a 3x UiPath MVP and holds the Advanced RPA Developer certification. Tracy loves to connect with audiences through interactive presentations on how to use RPA in their organization, Automation Centers of Excellence, automation project management and artificial intelligence.