Agile and sailing share many traits. Especially this one: Work together to achieve the goal!

Part three of a series.

I did a quick Google search on “teamwork.” A mere 11.6 million links came up in the search window for my consideration.

This leads me to believe that “teamwork” has been discussed, analyzed, critiqued, and commented on in more ways than I can imagine. This also suggests that there is not much that I’m going to say here that would be different than what at least one or two of those other 11.6 million posts has suggested.

So, I’ll leave the clichés and admonishments about teamwork to those that have studied for longer and in more detail than I.

In this discussion, we will use many of those comments about teamwork to consider the similarities between teams that work the sails and those that do it the “Agile” way. 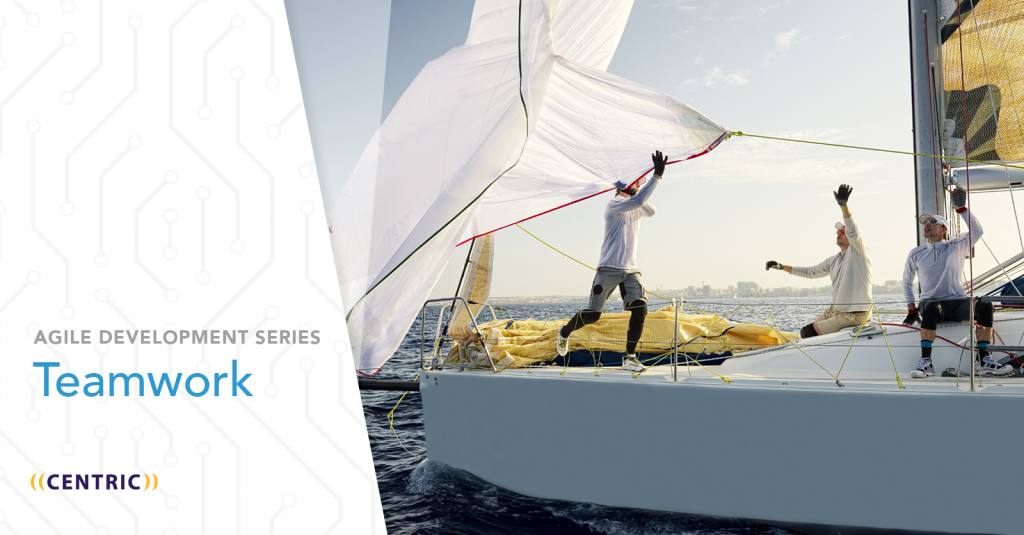 We’re in this together

An agile team mirrors this concept. While there isn’t a body of water that separates the agile team from the rest of humanity, there are constraints such as budget that keep others from joining the team. The people in the team’s seats at the beginning of the sprint are the people that need to get the job done.

We now have a group of people that are focused on achieving an objective. The racing crew knows the course and they have the equipment (boat, sails, lines, GPS, etc.) to successfully complete the race. How they perform is a function of the equipment they are using and how well the team performs. A description of a sailing team working well together can be found in this Sailing World article.

Agile teams operate under the same principles. Each person has their role and the expectations of what they should be contributing to the team. There are developers, business analysts, testers, product owners, and scrum masters. The tools of the team include whiteboards, computers, programming languages, and knowledge of the business.

The backlog provides the course and the heading for the agile team. A high performing agile team will deliver working code that achieves a business benefit with each sprint. A team that does not work well will struggle to deliver working solutions. Instead of fantastic boat crashes and sinking ships, there will be budget overruns, low morale, and frustrated stakeholders.

When talking about teams, I’m reminded of the Principles behind the Agile Manifesto, especially the following quotes:

Business people and developers must work together daily throughout the project.

Give them the environment and support they need,

And trust them to get the job done.

As with all teams, the individuals that make up the team must have the skills required for the roles they are playing. Those are the table stakes to get a seat on the team. Which team achieves the greatest result (whether this is in competition, in impact, in mission, or in revenue) is directly correlated to how well that team works together.

One of the keys to successful teamwork is how well the team communicates.

In the sailing community, there are many discussions about the communication (or lack thereof) between the back of the boat (helm) and the front of the boat (bow). This is evident in the amount of yelling (or enthusiastic discussion) that often takes place during a race. When rounding a mark, the pressure mounts, given that many things need to happen in a very short amount of time to ensure that sails remain above the water (not in the water), the boat doesn’t take on water, and the boat maintains speed so as not to allow competitors to get in front.

For the agile team, the stakes are equally as high or higher and hopefully, no one resorts to enthusiastic discussions (or yelling). Features need to be defined, the code needs to be developed, bugs identified, and working code produced.

In both of these situations, the ability of the individuals on the team to effectively communicate what is going on, what needs to be done, and who will do what at what point is key to a successful result.

Achieving effective communication takes time, consistent interaction, and a willingness of each team member to personally sacrifice for the best team result.

As you read the Agile Manifesto, the word ‘teamwork’ is not used. When discussing boats, you will rarely hear people talk about ‘teamwork’ although they may talk about ‘crew work.’

The concept of people needing to work together effectively is so central to success in both scenarios that it is assumed and not stated. Only when teamwork is not present does it become a topic of discussion.

Consequently, teams in all situations must nurture their teams, take care of their team members (crew), and ensure that the tools for communication and completion of responsibilities are present. In doing so, the odds of success are greatly increased.

If we fail to support our teams, failure is almost assured. This quote, by Dorothy Height, sums it up: “We cannot afford to be separate. We have to see that all of us are in the same boat.”

Read the Next Installment 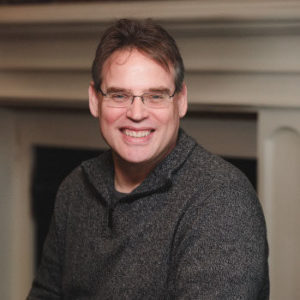 Want to learn more about our “Agile for the Enterprise” approach?