A Mom’s Quest To Have It All: The News 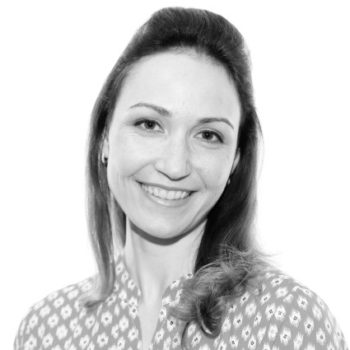 In this series, a professional mom shares stories of coping with new reality – a twin pregnancy, a business practice expansion, and a new move.

As I stared numbly at the white, grainy image with its two blackish holes – eerily similar to the face of a Halloween ghoul – my mind started screaming, “NO…it can’t be.”

The odds were so low. Hesitating for a moment longer, I finally asked the question I’d been fearing for weeks, “Twins?”

It was all I could do to keep from crying. Only then did I realize that my legs were shaking. Good thing I was already laying down.

The chair squeaked beside me as my husband shifted his weight, pulling my focus back to the hospital room. What was he was thinking – was he as panicked as me?

I wondered if he was thinking about the news he’d received less than a month before that he’d been given an early promotion and would need to relocate our family – us and our two-year-old daughter, or so we thought at the time – back to Washington DC, where he’d be enrolled in a rigorous one-year training program before assuming his new role.

I glanced over, he was also staring silently at the image. Upon catching his eye, the part of me that loves to be right – regardless of the situation – took over and I mouthed the words “I told you.” A slight shake of the head and an eye roll was the only response I received.

I think the doctor could tell from our reactions, or more accurately lack thereof, that we needed a few minutes to process. She excused herself from the room. “So,” I said to my husband as the door closed quietly behind her and I slid off the examination table and started to get dressed.

He didn’t say anything. “Well,” he finally said. “We got the two-for-one special.”

A year of trying to conceive followed by this, and he makes a joke! I chose to ignore him. Mostly because deep down I understood where he was coming from.

Just the week before, unaware of the two tiny life forms growing inside me, I’d taken on additional responsibilities at work by convincing Centric’s New England partners to give me the opportunity to lead the Washington DC account management and business development efforts, when my husband moved, while working full-time for my current client.

At the time I knew it was going to be hard work, but I was really excited to flex my entrepreneurial skills. Now I wasn’t sure of anything.

Twins. The very word sent waves of nausea coursing through me. Would I have to quit my job and become a stay-at-home mom? One sporadic thought after another kept popping into my head. This whole situation was so wrong. We were supposed to be celebrating that we’d finally managed to give our daughter a sibling – one, not plural – yet here we were shell-shocked, wondering how to move forward.

It was at this point that the guilt started to set in. Most women would be overjoyed to find out they were having two healthy babies, I told myself. What is wrong with me? Well, it’s complicated.

The simple answer would be I, for better or worse, am the prototypical type “A” person who loves to achieve, but there’s more to it. From the age of 13 on, my father was out of the picture. So, my mother, who’d been out of the workforce for close to 17 years, was forced to provide for my brother, sister, and I, the best she could.

It was a rough time for our family, and one that left me permanently scarred. The most notable one being that overwhelming need to personally ensure the financial well-being of my family so they wouldn’t be exposed to the fear, humiliations, and limitations that poverty brings with it.

But now, more than 20 years later, how do I reconcile my need to stay in the workforce (regardless of the fact I have an amazing husband with a very stable job) and take care of three children under the age of three? Other than using a cloning machine (Multiplicity style), I had no idea.

As my husband and I drove home about twenty minutes after receiving a three-inch stack of pamphlets and papers, I silently prayed that I could let go of my need for control and embrace the biggest surprise of my life.

Because, after all, isn’t accepting unexpected change and finding the strength to press on part of living life to the fullest?

Linda M. Stevens, MBA, PMP Linda is a leader in our Boston office who works out of Washington, D.C. She leads our Government and Private Sector team and is a results-driven professional with 12 years of experience partnering with clients to analyze business needs and then determine the most appropriate solution to maximize business value and drive overall organization efficiencies. Experienced in all phases of project life cycle management from initial analysis and conceptual design through development, testing, implementation and enhancements.