Start achieving your goals. Today, learn how to say “no.”

How many people have you talked to who regretted saying “yes” to yet another commitment? I can see you nodding now – and maybe you’re also that person who says “yes” to everything.

When you always say “yes,” you’re giving control away to anyone who asks for it.

You’ve probably read that the more difficulty you have saying “no,” the more likely you’ll burn yourself out and get depressed. I’d venture to say that loss of control can have a psychological impact and hurt your actual effort to follow through on new commitments. 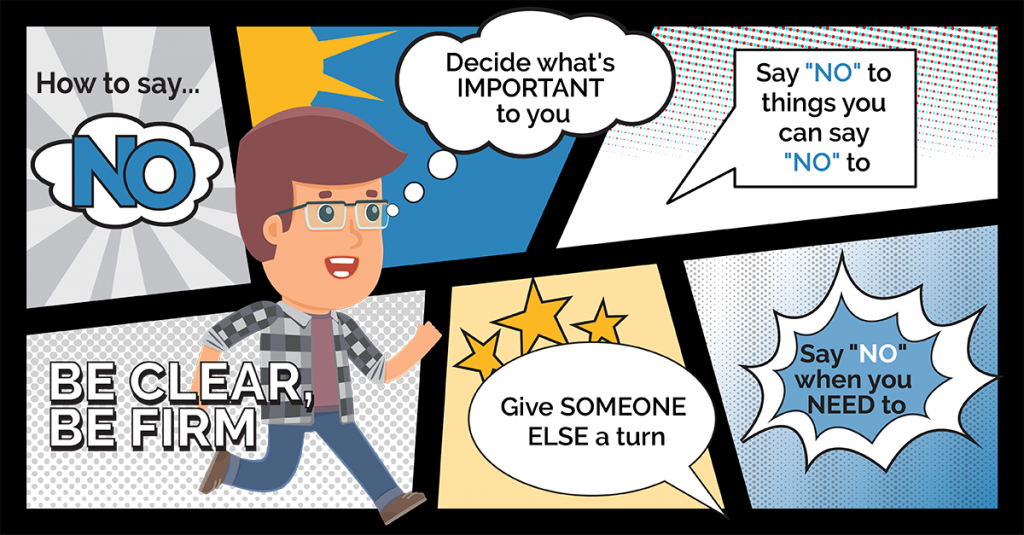 Choosing When to Say “No”

Making your choices is about fitting into your environment, finding the way to contribute in the best way you can, and respecting others when they make their own choices.