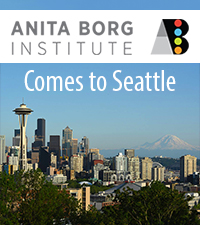 Seattle Opens a New Chapter on Diversity This Week

On Tuesday, June 7, we are launching ABI.Seattle, the local chapter of the Anita Borg Institute. ABI.Local was introduced so that communities around the world have local support for women in the tech industry and can connect with others through events like the Grace Hopper Celebration on a local level. The Seattle event is one of the largest launches of any local chapter to date; 300 tickets sold out in less than 48 hours with simple word of mouth promotion.

Supporting women in technology is something I’m passionate about. Until I experienced gender bias first hand, I didn’t really believe it  existed in modern times. I was in the first generation of women who (statistically) didn’t really experience gender bias in my 20s. In a 2015 NY Federal Reserve study, researchers found that among recent college graduates aged 22 through 27 near-parity in pay is the new norm. 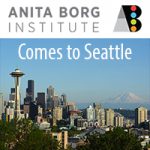 It wasn’t until when I had children that I had experienced blatant bias. And I’m not alone – a 2016 study from the GMAC of MBA graduates, 20 years after graduation, showed women earned 80% of what their male classmates earned, largely attributable to the years where women have and raise children.

Anecdotally, I’m lucky to be a professional technologist in Seattle. Everywhere you look there are technology companies with women in leadership – Concur, Tableau and Zillow are just a few. As an East Coast native, I am incredibly impressed by Seattle’s social acceptance of women as primary breadwinners.

But statistically, we have work to do. Despite 23% growth in the number of technology jobs, Seattle ranked 38th in an April 2016 study by xonomy of the Best and Worst Cities for Women in Tech. Here “women made up just over one-fifth of the workforce, while those few employed in the industry earned 80.4% that of men.” The study highlights Amazon as the best in the country for employing technical women. Roughly 37% of its tech workforce is female. But that still comes up short of the 47% of women in the workforce. At Centric’s Seattle office, 42% of our technology team is female, but we still have room for improvement.

Even though gender bias had such a negative effect on my personal career, I don’t think we should focus on diversity out of some sort of social ethos. Study after study proves that organizations with higher diversity numbers simply perform better. At ABI, we envision a future where the people who imagine and build technology mirror the people and societies they build it for. I’m incredibly lucky to work for a company who shares the belief that if our team better reflects the community for whom we build, we will build better technology.

Over the coming months and years, I hope that the members of ABI. Seattle will lead our local community to set the standard for technology achievement (leveraging diversity) around the country. And maybe we can make measured improvements in my personal cause – the bias against pregnant women and working mothers as the next major hurdle in the gender gap. 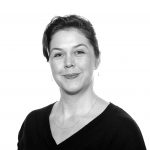 She is a technophile, a leader to an incredible team of marketing technologists and a mother of two (with one on the way).