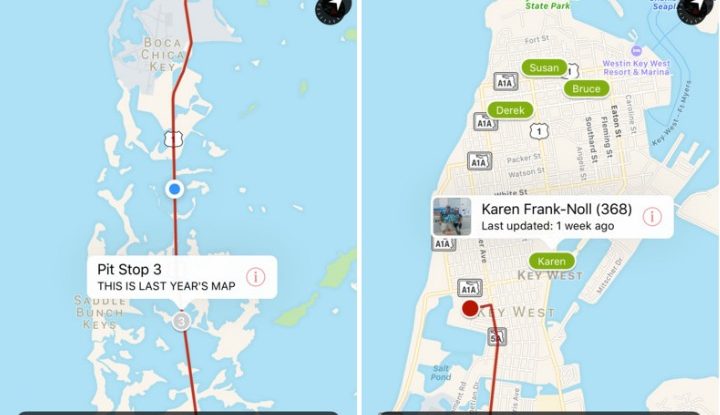 On November 18th and 19th, SMART Ride will embark on an annual two-day, 165-mile bike ride from Miami to Key West to raise money for those infected, affected and at risk for AIDS/HIV.

This year, the charitable organization will offer a mobile app to support team members during the ride and track fundraising efforts.

Two members of the Centric Miami team – Mobile Architects Graham Savage and Chris Martinez – created the app in their spare time to support SMART, which stands for Southern Most AIDS/HIV Ride. Since its inception in 2003, the charity ride has raised over $7.3 million.

Rise of Idea to Develop a Mobile App

How did the idea for this mobile app emerge? Graham, a long-time participant in the bike ride, saw a need to help cyclists keep track of rest stops and fellow riders.

“When you cycle 100 miles in 1 day, the rest stops are a big deal and knowing exactly where each one is helpful psychologically. So the app started with the route map and indicators for the stops,” said Graham. “I then figured it would be nice to know where my team members are on the route. Some teams cycle the entire route in a group, many do not, but like to cycle the last leg together. So knowing where on the route your team is, is helpful. Are they further ahead or behind?”

So he enlisted the help of his colleague Chris. The SMART Ride app is now available on Apple’s App Store and Google’s Google Play. This year will be the first time the app is available for the ride.

Key Features of the Mobile App

Graham and Chris developed a mobile app that works on Apple iOS and Google Android platforms. Key features include: 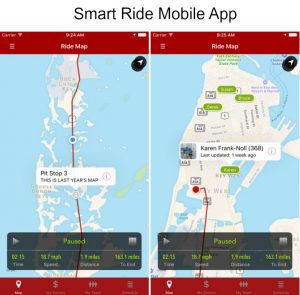 How the Mobile App was Developed

“Since the app needed to be developed for both major mobile platforms, the architecture needed to be flexible to support concepts available in both Apple iOS and Google Android,” said Chris.

While the User Interface and Map APIs are specific to each, most of the other components in the app are platform neutral. For example, all of the web services supporting the app are accessed using REST-ful HTTP calls and JSON payloads.

Both apps use a cloud-based storage service provided by Google called Firebase. All data displayed by the app is stored in Firebase and accessed via the Firebase API. Also, the data is securely accessed via a session token and user credentials, which are required to sign in to the app.