In honor of Veterans Day on Nov. 11, Centric employees shared stories and photos of the Veterans in their lives and their own military experience. We are thankful for all Veterans who have served our country and for the military personnel who continue to serve for all of us.

My dad, Ross A. Mooney Sr., was a Master Sergeant in the Army and was stationed in Korea during the Korean War.

My dad was in charge of the Army Motor Pool. It sounds like a safe assignment but he was in charge of recovery of disabled vehicles. Oftentimes, snipers would sit and wait for recovery personnel to show up. He was shot at during his assignment. – Ross Mooney, Energy & Utilities 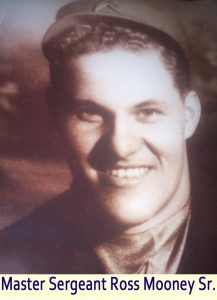 My grandpa, Richard Moore, was a Staff Sergeant at the end of World War II.

He was in the Army Air Corps, it later became known as the Air Force after the war. He served in the Pacific Theater in WWII as part of the 5th Air Force, 380th Bomber Group known as the “Flying Circus,” 530th Bomber Squadron, as a B-24 Tail Gunner.

After the military, he married my grandma, Anna Mae, and had two children. My grandpa’s service in the military and all other veterans that serve have my utmost respect. Thank you to all who serve! – Megan Glover, Shared Services 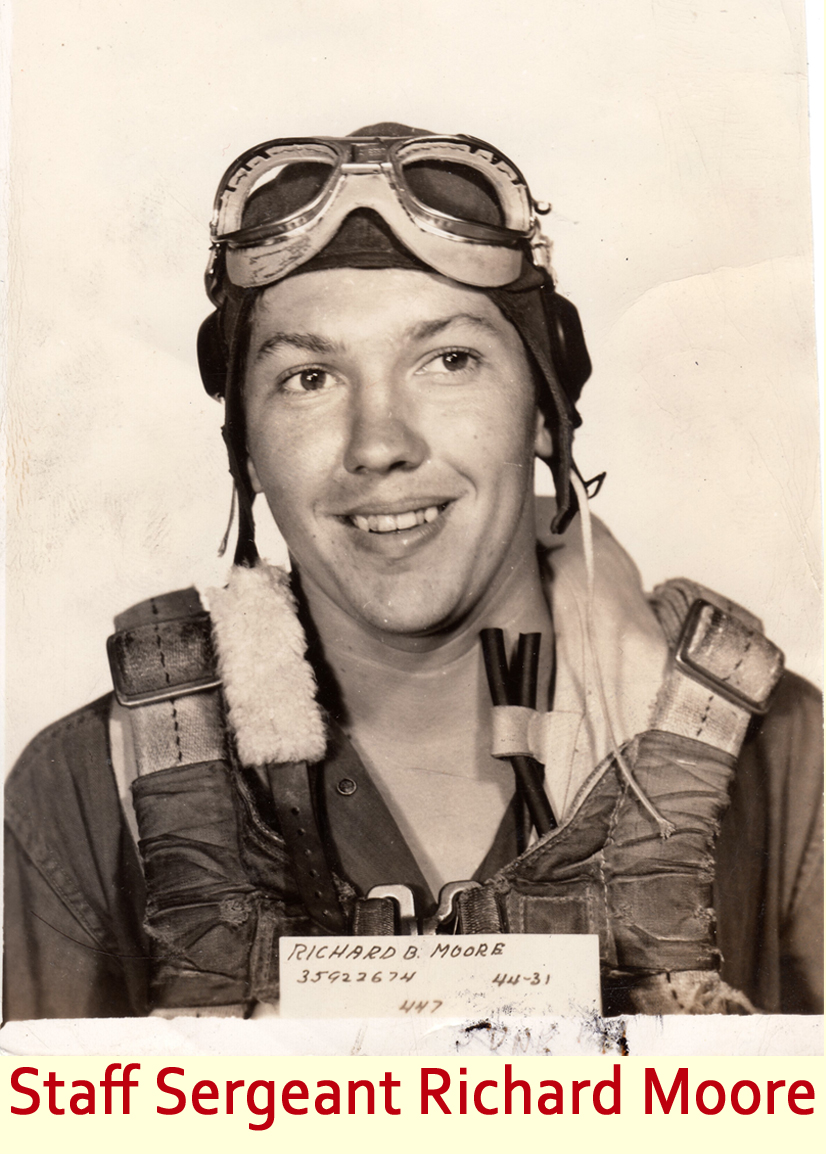 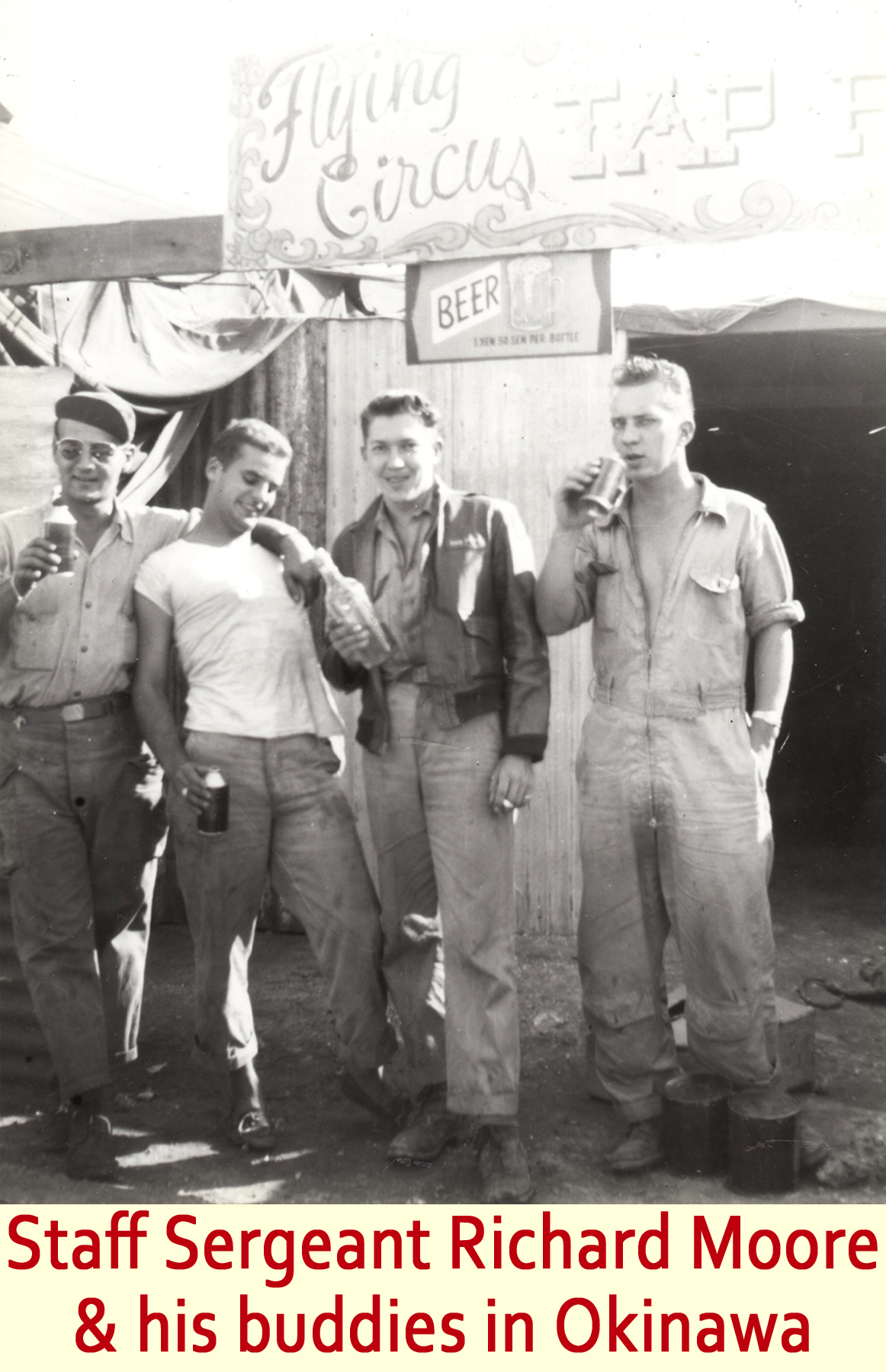 My sister, Gaby Bolton, was a Captain in the Marines. My father, Ralph Bolton II, was a Lieutenant in the Navy on the USS Enterprise during Vietnam. My grandfather, Ralph Bolton, was a Major in the Army during World War II and served as a doctor. My other grandfather, Jere Sullivan, was also in World War II. He was a Sergeant and was a part of the D-Day invasion. Lastly, I served in the Navy Seabees as a Lieutenant. – Damian Bolton, Centric Cincinnati 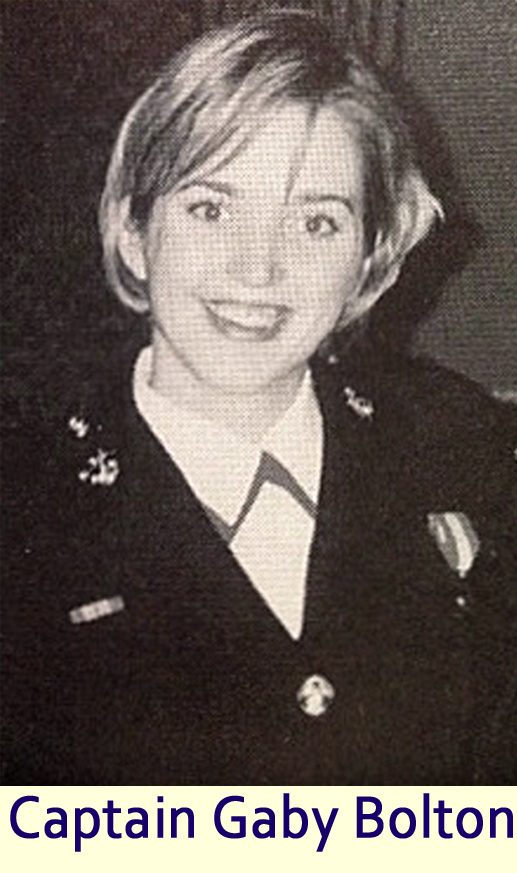 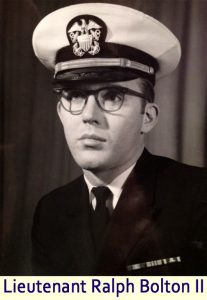 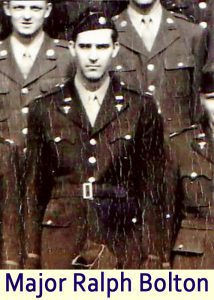 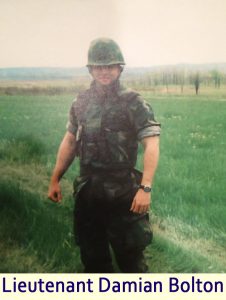 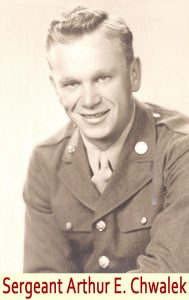 Citizens of the U.S. owe tremendous gratitude to our American Military Heroes.

William E. Cecil was my grandfather. He was a PFC (Private First Class) in the Army – Quartermaster Corps. He served in World War II in the European Theater—was drafted into service from March 1943-November 1945.

My grandfather’s service overseas against huge odds facing possible death against a strong enemy shows remarkable strength. I walked the beaches of Normandy some years ago and visited the National Cemetery overlooking the vast and open beaches. And even though I knew he served in the Army and had some sense of what he lived through, I was very surprised in 2010 to learn of the “campaigns” that he was involved in.

The “Battles and Campaigns” section of his discharge papers list:

His unit was awarded the Cross of War, With Palms from Charles De Gaulle for the assault of Utah Beach.

Unfortunately, my grandfather passed away before I was born. My father bore his name. 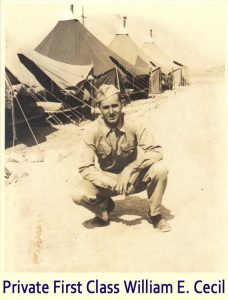 I was fortunate to have served seven years active duty in the military during peacetime.  Planning and training was what we did every day, all day long.  I think that is invaluable for being a Consultant.  Even though you are not always on the clock or billing clients, there’s always a need to plan and train for “the work ahead.”

Serving in the Military was a privilege—mostly because of the exceptional people I worked with and learned from.  I was drawn to the military and West Point by a simple, but impactful phrase: “Much of the history we teach, was made by people we taught”  (A reference to U.S. Grant, Robert E. Lee, General Patton, President Eisenhower, General MacArthur)

One of the highlights of my military service was a mission in Sri Lanka where I trained with the Sri Lankan Air Force and flew a Russian-made MI8 helicopter.  I had the pleasure of serving with members of the 1st Special Forces Group who never experience peacetime conditions. – Kerry Cecil, Centric Cincinnati 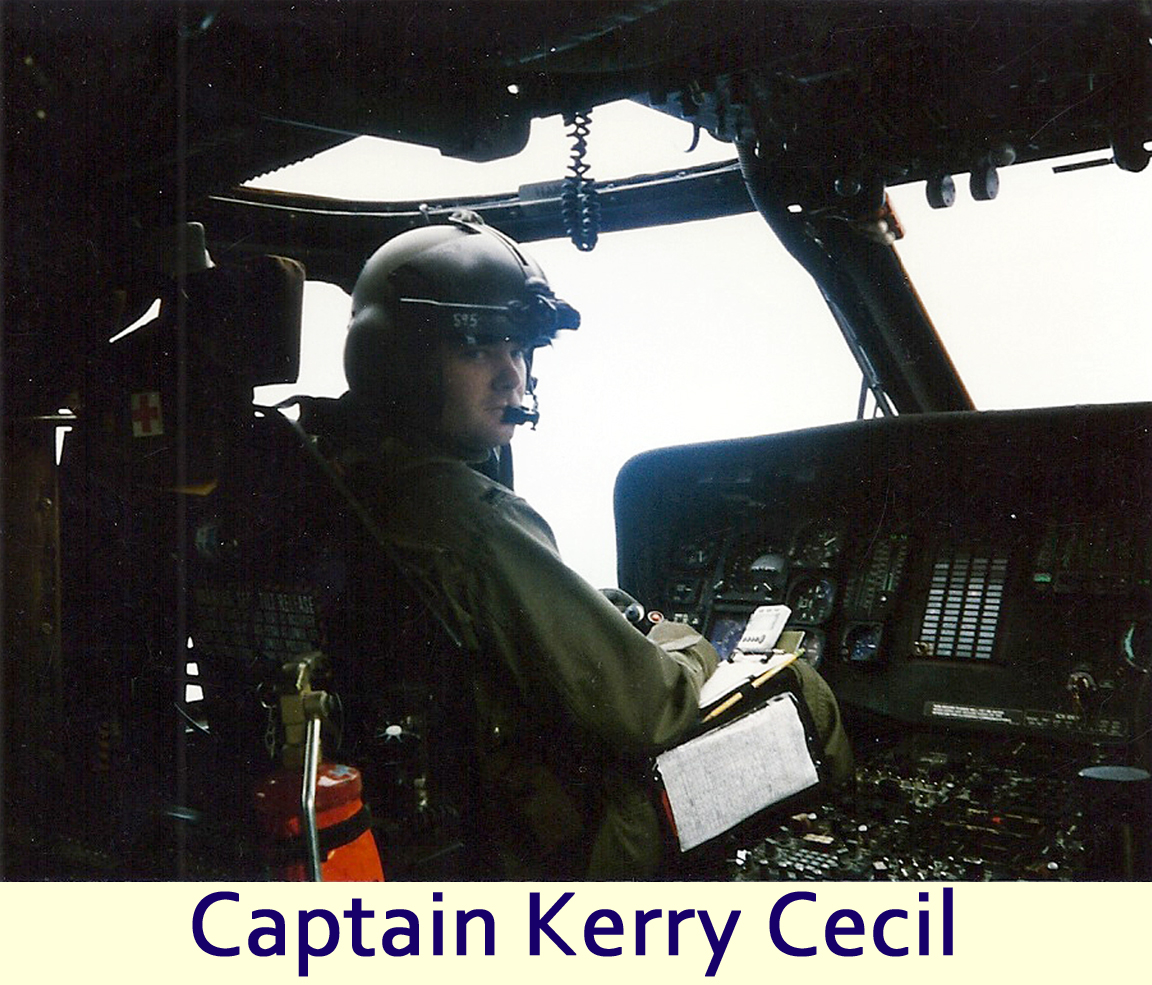 During the summer of 1969, my dad, Gary Shaffer, graduated from college at the age of 21 and was immediately hired into a management trainee program with a major retailer. Just a few short weeks later he was drafted into the Army to serve in the Vietnam War. He left his new career and his high school sweetheart behind and traveled to the other side of the world to serve his country.

While in Vietnam, my dad did a variety of jobs for the Army including guard tower duty and company carpenter. Eventually my dad became a Sergeant in the 184th Ordinance Battalion.

Thankfully, my dad made it home safely in the spring of 1971 and was able to resume the life he had just started when he was drafted.

When I was a little kid, it was always a special treat when my dad would break out the old projector and put on a slideshow. I used to practically beg to see the slides he took while in Vietnam. To me, as a small child, I liked to see all of the faraway places my dad went to and it was fun to see pictures of him in his green Army uniform. But, as I grew up, over the years I realized more and more the true impact of my dad’s service, and the sacrifices he made. I can’t imagine what it must have been like to be so young and to have to put his life on hold. I can’t imagine how hard it must have been to try to go back home to his old life and act as if nothing had changed. 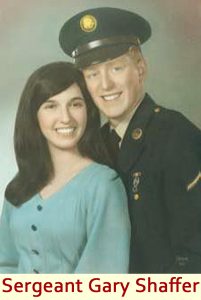 I am also very proud of my grandfather, Robert Shaffer (or Pop, as I called him), for the service he gave to our country. He was a Quarter Master in the Navy during World War II and served in the South Pacific. I wish I knew more details about his time in the Navy, but like so many of his generation, he didn’t seem comfortable talking about it much.

He was 18 when he joined the Navy during World War II. He was stationed around Okinawa for a good length of time. At one point he was “lucky” to get a bad case of malaria. I say lucky because the Navy made him go ashore to a hospital in Australia for a month to receive treatment for his malaria. While Pop was recovering in Australia, his ship was bombed and sadly some of his Navy friends lost their lives. I know this event, along with several others throughout the war, affected my Pop deeply even though he couldn’t really share his thoughts with me.

I remember going to the Red, White and Boom Fourth of July fireworks in Columbus as a kid with my family. We were all having fun as the bright lights exploded in the sky. Then the loud firework booms started going off. It was in that moment that I saw my big, strong Pop in a different light as a look of fear and terror swept over his face and he quickly started running to the car. That’s when I realized that although Pop, and so many other veterans, are so lucky to come back home to the USA in one piece, the sacrifices they make for us continue on long after they come home. – Julie Shaffer, Shared Services 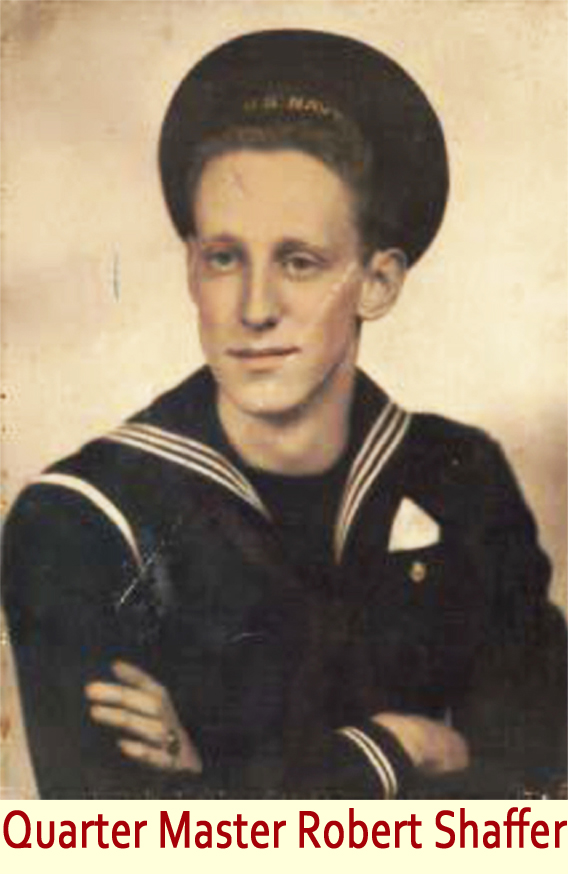 I served as a U.S. Army Ranger from 1988 through 1992, based out of Savannah, Georgia. I got a chance to travel – no passport needed – and meet people in all sorts of exotic locations around the world. I learned the value of great friendships that are still strong today.

This picture was taken by SFC Jorge Rentas (one of the best people I’ve ever known) in early January 1991 after one of our numerous Iraq patrol de-briefings somewhere deep in the Saudi Arabian desert near the Iraqi border. He kept me alive and taught me that courage, strength, and faith from the brothers around you feeds the hope you need to drive on to see the sun rise the next day. – Brian Ranne, Centric Cincinnati 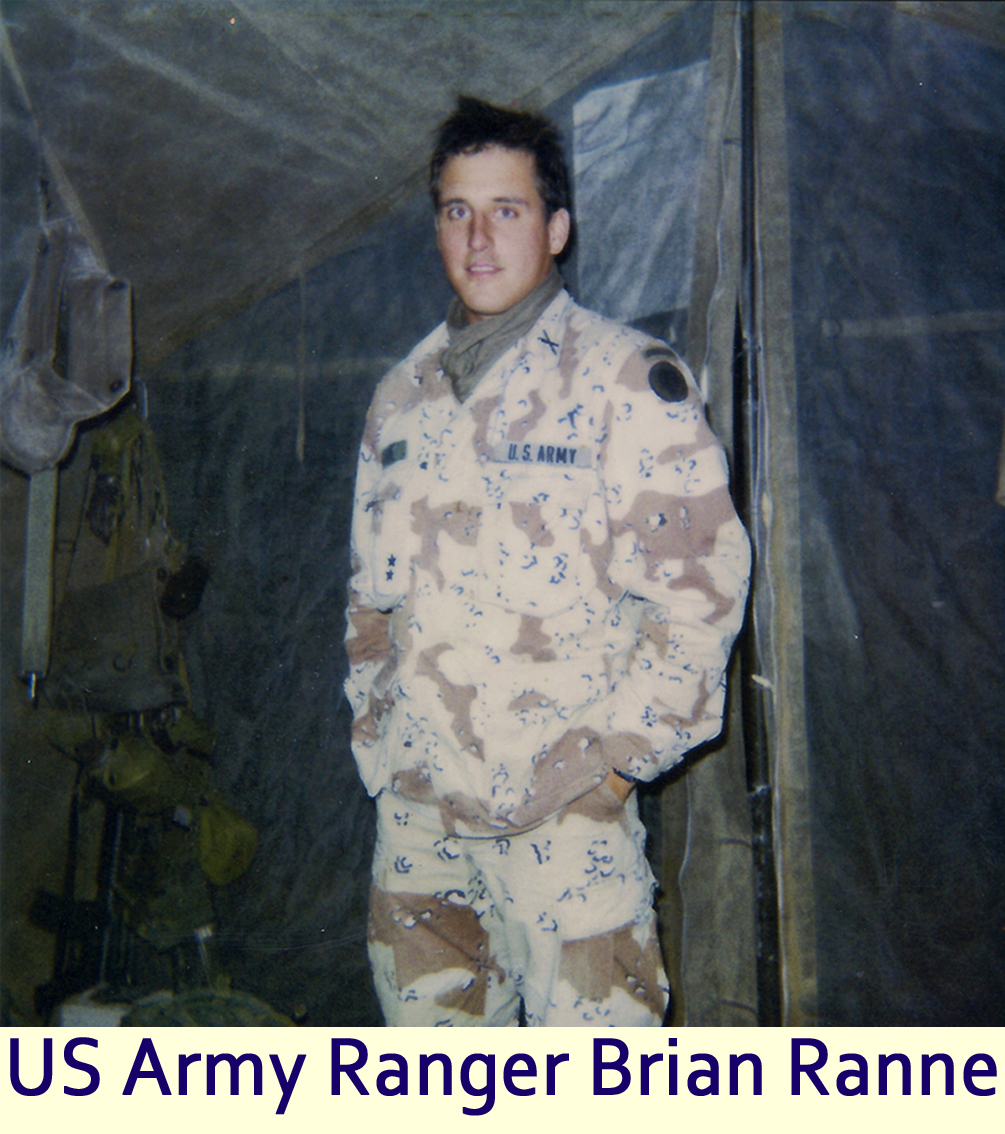