But it’s come a long way since its first club, now maintaining eight locations across North America. The organization already engaged with us to determine their enterprise architecture, but before making the transformation, Midtown’s leaders knew they needed to get everyone on board with the change.

While the company was kicking off an organizational change management (OCM) strategy soon, they were new to the process. And they needed an interim solution to help the company’s associates understand the implications behind their new enterprise architecture strategy before they put the OCM in place. 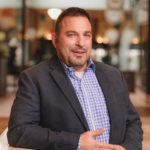 Because we were already working with them, Midtown reached out to our Chicago operating group to determine how to rapidly help its teams get up to speed on the transformation. We decided to conduct a half-day collaborative workshop, which would bring together leaders from across Midtown to ensure there was alignment and support for their transformation objectives.

The accelerated workshop, facilitated in the company’s hotel conference rooms, would help them identify any current anxiety within their teams and put together a preliminary communication plan until they kicked off the OCM strategy. It also gave them an opportunity to ask any questions related to OCM since they were new to using it.

We worked with Midtown’s president and chief human resources officer (CHRO) to develop a workshop agenda. Using breakout sessions to rapidly brainstorm and maximize everyone’s time, we focused on developing a shared understanding of the transformation program goals and ways to get their teams ready for the inevitable changes the new systems would bring.

Some of the agenda items included:

The goal was to ensure Midtown’s leaders would walk away with a communication plan to help resolve any confusion their teams might have. The participants not only reached an agreement on the transformation program’s value proposition, but they were also able to identify targeted activities and communications to address anxieties around the program in both the back-office and operational teams.

Working with the client allowed us to create a rapid workshop engagement that only took two half-days of the company’s time rather than having several smaller, individual discussions over several weeks.

Because of the workshop, Midtown was able to quickly prepare common communications materials that its leaders could share with their teams in preparation for the upcoming back-office and operational changes. It also helped solidify the leadership team’s support for the program and the work they will be doing to move the business and technology transformation forward.

While Midtown could have moved forward with its transformation without company-wide buy-in, it recognized the importance of organizational change management. The workshop helped them develop an approach for communication and understanding, which will ultimately lead their organization down the path toward success.

Discovering the Need for a High-Performing PMO

Sit down with one of our
business consultants