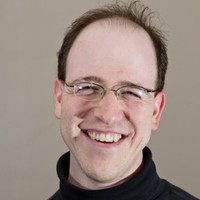 As we continue our CampIO series, Eric Galluzzo shares how he used a generational adversarial network to write music.

He who can, does.

He who cannot, teaches.

He who cannot teach becomes a critic.

In my CampIO presentation, I will show you how to teach a critic. (What that says about me, I’m not sure!) Specifically, I’ll show you what a generative adversarial network is, what you can use these for, and what my results were attempting to train one to generate music.

Let’s start with a guessing game. Which of the following people do you think are real, and which do you think were invented by a neural network? Look carefully, and don’t spoil the answer by reading past the pictures just yet.

GANs can do more than generate realistic pictures (although that is what they are used for most often). They have been used to:

Why Should You Care?

Why Did I Choose to Work With GAN For a Side Project?

I don’t just write software. I also write music – both for the concert hall and also for video games. Some great engineers are trying to generate music through neural networks right now, but sometimes they are not composers themselves. As a result, their approach is not always quite in line with how musicians make great classical or film music. It also takes a long time to write good music, and my spare time is limited. So, I thought I’d try my hand at attempting to generate short melodies with a GAN. (Spoiler alert: Bach has nothing to fear yet, but I have a lot more ideas. Read on!)

How Can You Generate Music Using GAN? 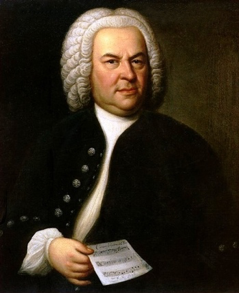 I assure you that he is definitely not fake: this is a picture of Johann Sebastian Bach, one of the greatest classical composers of all time. He wrote 370 chorales, handily grouped into a compilation called Riemenschneider. Bach’s chorales were all very similar. He wrote each with four vocal parts (soprano, alto, tenor and bass). The structure, and the rules for the harmonies, are almost identical. Anyone who has studied music theory at college has probably had to harmonize many chorales in the style of Bach. So, these make an excellent corpus for a neural network.

How would we generate music with a neural network? We need to figure out the best way to represent that music and the best structure for the neural networks.

As it turns out, it’s pretty easy to turn music into tensors for input into a neural network. First, you quantize it into small steps (I used sixteenth notes, or semiquavers if you’re British), and then you map each note to its MIDI pitch, with -1 representing rests.

Almost every GAN is structured as a DCGAN (Deep Convolutional GAN). Here’s what the discriminator looks like in a DCGAN.

It starts with an input image, convolves it every other pixel, resulting in a stack of feature maps, and repeats the process a time or two. Then it flattens the resulting small feature maps into a big vector, which is densely connected to a single output. This result is the probability of the original input being fake. It’s very similar to a typical image classification network.

It’s basically the mirror image of the discriminator. It starts with a reasonably small vector, with a size of 50 to 100, densely connected to a wider vector. The GAN then reshapes that into a stack of feature maps, which it deconvolves and up-samples into a stack of feature maps twice as big. Then it repeats the process a couple times until you get to an output image.

I tried a few different models:

What did my 1-D convolutional network produce? Sadly, nothing very close to Bach. My favorite sample was the following:

It starts in A major, takes a detour through some very odd chords and ends up in F minor, and finally decides it wants to end in F major. It sounds more like the music of this composer.

That’s P.D.Q. Bach, the fictional 21st son of J.S. Bach — someone who was definitely working in bars far too much. 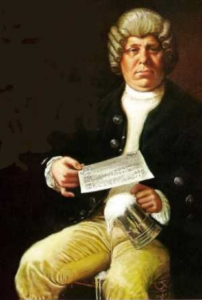 What are other ways I could improve my neural network? I have a couple of ideas.

Hopefully, you’ve learned what a GAN is, what you can use them for, how they work, and how I’ve generated some interesting music with them. If you’d like to learn more about GANs, check out the following resources.