Over the course of two days, the three spoke on topics including wearables, voice interaction technology and event-driven architecture.

If you missed their presentations, they’re included below.

About Parag’s Session – Rise of the Wearables

2014 was the year of the rise of the wearables – or so it seemed, until Apple Watch was released in April, 2015. With 20+ million Fitbits, 3+ million Apple watches (per estimates) , 1+ million Pebble watches and 700,000 plus Android wear devices sold, the wearables have made their way into our life.

This presentation looked at the history of wearables, compared and contrasted to the more popular wearables of today: Apple Watch, Fitbit and Pebble. Also covered is the Microsoft Hololens, flying cameras, and the various useful applications of wearables today and about the not-so-useful, a/k/a “geeky” use of wearables.

Rise of the Wearables from Centric Consulting 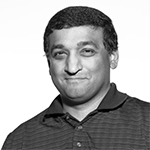 Parag Joshi is a Mobile Architect at Centric Consulting. He has more than 15 years of software development experience working on various Microsoft-based technologies. He is co-director of the Cincinnati DotNet User Group (CINNUG.org) and also director of the Cincinnati All Things Mobile User Group (Catmug.org). He spends his spare time playing tennis with his 8-year-old and writing Android apps to track tennis scores. Follow him on Twitter.

About William’s Session – Finally, a Voice for the Enterprise!

No, not Majel Barrett, but being able to simply speak commands into the air and have a computer either retrieve data or execute functions has always been a lofty goal. With tech like Siri, Cortana and Google Now, it seemed like we were always on the cusp, but the systems were locked down with very limited expansion abilities. But now there’s Alexa from Amazon, and that connection to your enterprise systems is at your command. But what does it mean to have a voice UI? What are the pitfalls that come with the benefits? What are the design and testing considerations when developing conversations with your data? The presentation explores these topics as well as discusses what it takes to build Amazon Skills, and how effective it is for business purposes.

Finally, A Voice for the Enterprise! from Centric Consulting 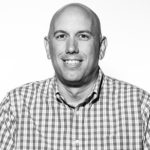 William Klos is a Senior Architect and Centric’s National Cloud Services Lead. William’s career has spanned many aspects of computing and at times has architected solutions from the perspective of data, networking, enterprise, and security – but is primarily an application architect. Most recent experience has William providing solutions around Mobility, Cloud, and Big Data architectures as well as API design and development.

William Klos has been involved with technology since abandoning his desire to be an architect and stumbling into his first computer science class in 1985. Since then he has typically pushed companies into “what’s next.” Contact William to learn more. 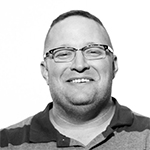 Shawn Wallace is an Architect and Application Development Service Offering Lead with Centric Consulting. In his job he helps customers strategically leverage technology to improve productivity and to add business capability. Shawn is a former U.S. Marine Infantryman, enjoys all things tech, learning things, building things, shooting sports and his family.  He and his family live in Grove City, Ohio.

CodeMash is a four-day, annual event that educates developers on current practices, methodologies, and technology trends in a variety of platforms and development languages.