back to all News and Events
|
Chicago

In 2012, I met with the co-founder and CTO of an Austin, Texas-based start-up named Datical during the market validation process of a new product that was to become Datical DB – a commercial software product based on an open source library called Liquibase.

Having used Liquibase for several years now, I was delighted that Datical was recently – in May – honored by Gartner as “Cool Vendors in IT Automation, 2016,” especially because it had been mentioned during the market validation interviews that an individual from IBM and myself were among just a few who had written about the library.

“Datical is cool because it can finally break one of the last DevOps bottlenecks: the database,” wrote Gartner analysts. “Most database deployment and change management tasks are executed in a manual, error-prone and time-consuming fashion. Datical gives database administrators (DBAs) and DevOps teams the ability to simplify and speed database deployment, configuration, change planning and analysis through automation.”

Liquibase in the Enterprise

In my blog post series titled “Liquibase in the Enterprise,” I described the product as one of the best software development tools I had ever used, and noted how great it was to see the product receive such visible recognition.

Market validation is the process of assessing the marketplace to reduce risks associated with the offering of a new product. During the interviews, we focused on one of my larger agile database projects that had used IBM DB2 LUW, rather than prior projects which used database products such as Oracle.

Topics included the size of technical staff at each of my clients, the level of SQL skills possessed by developers, the development methodologies used on projects, the maturity of release processes, as well as the challenges of agile database change management.

As a hands-on application architect and developer, I have built a number of solutions with open source software over the years, and shared in my “Commercialized Open Source” post – from around the same time period – that the choice between open source and commercial products is an important one for every enterprise. However, I also explained that the rise of commercialized open source can provide the best of both worlds for those enterprises potentially wary of software products that do not provide commercial support.

As an example, I worked as an enterprise architect for a client director who was faced with an expected upcoming merger of IT departments, fleshing out what future enterprise landscapes (and the road leading up to them) might look like under different scenarios, including fully commercial, fully open source, and landscapes comprising hybrids of these product lineups.

While commercialized open source is not new, it has been gaining traction in recent years, with one of the most visible examples being Apache Hadoop, an open source data product which has been incorporated into a number of different commercial distributions. Datical DB, the focus of this post, is another example. 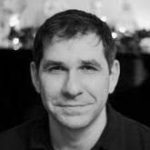 Erik Gfesser is a data architect in Chicago. He specializes in web application architecture and development, data and database architecture, and enterprise architecture. Erik chuckled when one of his pro bono clients started calling him her “data guy”.