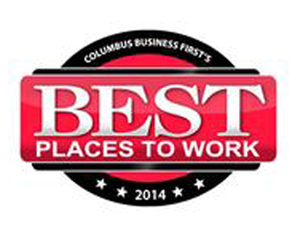 back to all News and Events
|
Accolades

announced their 2014 list of “Best Places to Work” this week and Centric Columbus was again recognized for the second consecutive year.

This year marks the 10th anniversary of the Best Places to Work program and, according to Columbus Business First, a record number of nominations were received.

Award recipients were chosen based on team responses to an employee engagement survey. Out of the nearly 100 Central Ohio companies who took the Best Places survey, only 35 were chosen to receive this distinction. Centric ranked as one of the highest scoring in the small companies size category.

A Celebration Luncheon will take place on Wednesday, Nov. 12 at the Hyatt Regency Ballroom, located at 350 N. High St. in Columbus, to recognize all award winners. Specific list rankings will also be revealed at this event.

To determine Central Ohio’s Best Places to Work, Columbus Business First collaborated with Quantum Workplace, which has conducted employment engagement studies for some of America’s best-known corporations, to quiz employees about their work environments.

Quantum used a Web-based questionnaire to gather opinions from workers of the companies and nonprofit institutions that became candidates for the Best Places to Work award. Business First recognized 35 of the 100 companies scored by Quantum – the top companies in each of four work-force categories. 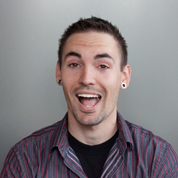 Ted Goodman is part of the Organizational Change Management practice in Chicago. I work with our clients on leadership and stakeholder alignment, communications, training strategy and delivery. I facilitate off-sites and workshops. I am passionate about effective meetings – and work with my clients to help them run better meetings and get in the habit of only meeting when it’s necessary.