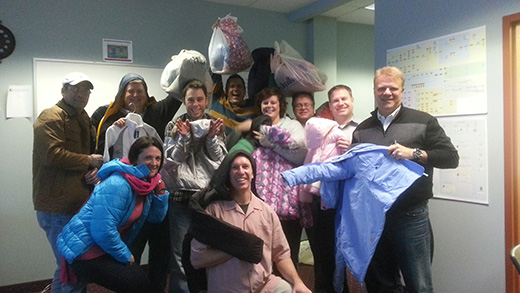 The Cleveland team donated bags of coats that will be delivered to families connected to more than 75 social service organizations in Cuyahoga, Geauga, Lake, Lorain and Media counties in Northeast Ohio.

2012 marks the 31st anniversary for the Coats for Kids event, which is currently supported by Newsradio WTAM 1100 and WKYC-TV.

About Coats for Kids

Coats for Kids was started in 1981 by local radio station employees, when they realized that a large number of children were missing school in the winter because they did not have warm coats. That November, Coats for Kids Cleveland was founded and the radio station began soliciting donations of like-new, gently worn coats and cash donations to purchase new coats. Since that initial campaign, more than $3 million has been raised and over 400,000 new or like-new coats have been distributed to children in need throughout northeast Ohio.

Learn more about Coats for Kids and connect with the organization on their Facebook page. 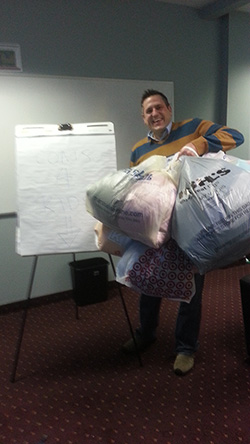 Centric Cleveland Won the NorthCoast 99 Award for the Eighth Year

Let our Cleveland consultants jump in and help solve your business issues.