September 13, 2012 — As a way to combine lighthearted fun with community engagement, the Centric team built and donated 38 bikes for boys and girls ages 5 through 12 during the 2012 Summer Meeting in August.

Centric also provided a helmet and bike lock for each bike, all of which were donated to The Hub of Detroit, whose mission is to provide cycling educations and services with a focus on youth development, sustainable practices and community access.

During each Summer Meeting, the Centric team participates in a fun activity in the afternoon as a way to get to know each other better. As the Shared Services team was brainstorming what to do this year, Benefits Manager Leann Ulrich thought of a bike-building program she had seen while working on the Summer Meeting plans a few years ago.

“We wanted to make sure we chose something that was in the spirit of Centric and took full advantage of everyone actually being in the same spot at one time,” said Abby Cooley, Centric’s Event Lead. ”This led to talking about how well the volunteer day in New Orleans went last January and then Leann told us about the program she had seen a few years back. After that, it seemed like nothing else would fit the bill!”

During the day of the event, each Centric employee was divided into a small team and handed a box of bike parts and a series of questions. The goal was to ask and answer questions about Centric and each other. After each round of questions, the team would get another part of their bike to put together.

Nearly 40 bikes were assembled and donated that day. Take a look at a few photos of the event below.

Want to see more? Check out our Facebook page for a full album of biking fun! 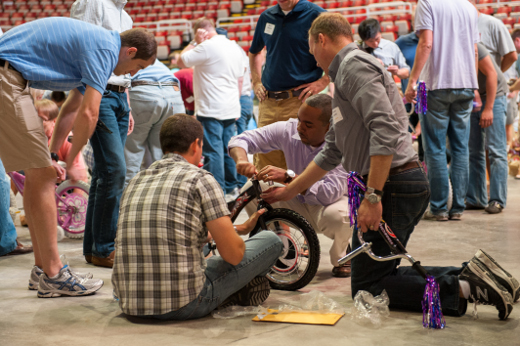 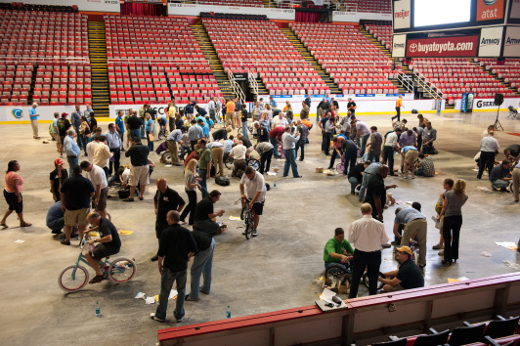