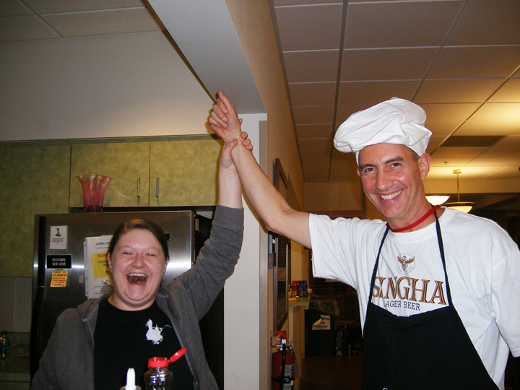 back to all News and Events
|
Columbus

Because of the high number of Centric volunteers, the group divided into teams to clean, organize the stockroom and cook breakfast. Gwenn Denome even gave one mother, who was running in a marathon that morning, a ride to the starting line after her taxi failed to show!

To add a competitive twist to breakfast, two cooking teams were created, each responsible for creating a signature dish. In this case, it was scrambled eggs versus french toast.

“I am not an egg person, but I loved those eggs…however, I can’t stop eating this french toast!” said the impartial judge (a House Volunteer) who was recruited to taste both dishes and decide on a winner.

After some additional prodding, the volunteer declared the eggs the winner. Congratulations to Trevor Major who is the winner of the first annual “Centric Throwdown”!

View some photos of the day below. Want to see more? Check out our Facebook page!

About the Ronald McDonald House Charities of Central Ohio

For three decades, Ronald McDonald House Charities of Central Ohio (RMHC) has been serving families with seriously ill children by providing a home-away-from-home at the Columbus Ronald McDonald House. From its beginnings as a grassroots movement established by a partnership between volunteers and local McDonald’s Owner/Operators, the Charity has served thousands of families in their deepest times of need. 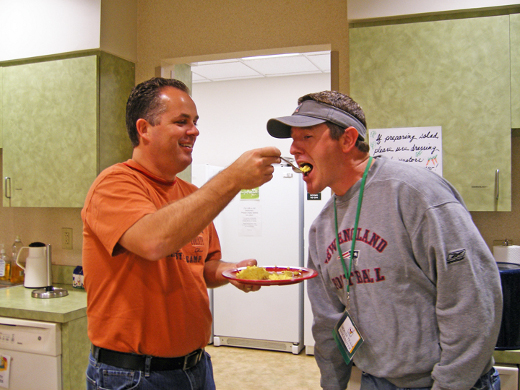 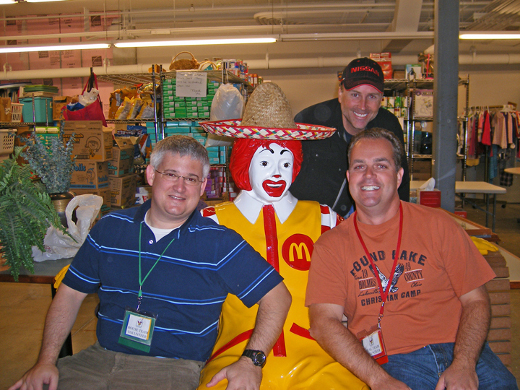 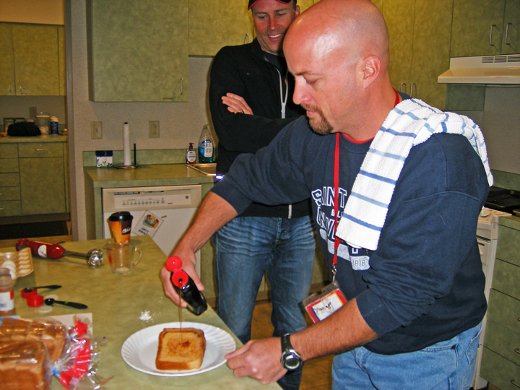 Centric Columbus Explains How to Make Bimodal IT a Reality

A School Cuts Down on Disciplinary Issues

Talk to Our Columbus Team