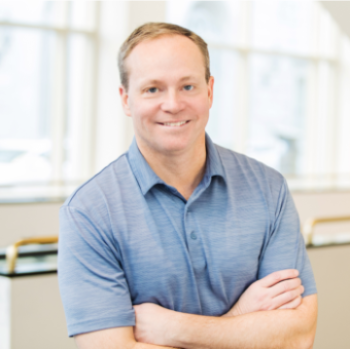 In this segment of “Office Optional with Larry English,” Larry discusses how Artificial Intelligence is essential to keeping a great remote work culture.

How do you know if remote employees are engaged and happy? Do your remote teams have the dynamics that fuel success? Does your vision for your company culture align with how it plays out in real life? Artificial intelligence (AI) is taking the guesswork out of the equation.

In 2019, MIT Sloan Management Review and Glassdoor made waves when they unveiled the Culture 500, an online interactive tool that uses AI and Glassdoor data to rank high-profile organizations on nine key components of culture, such as collaboration, diversity and innovation.

Technologists have also created a variety of AI-enabled workplace intelligence tools that help individual companies mine the massive amount of employee data available today. “AI technology can help leaders navigate this new world of work, where employees are increasingly concerned about the culture of their workplace,” says Dan Udoutch, co-founder and CEO of RSquared AI, a cloud-based platform that provides real-time analysis of employee engagement and other human capital metrics.

We’re overdue for an AI overhaul of human capital metrics, Udoutch notes, with most companies stuck in the realm of doing an annual survey. “People are your biggest asset, but they’re least understood from an unbiased, scientific, big data perspective,” he says. “AI can change that.”

It’s old news that culture matters – a lot. Culture is the key to improved retention, collaboration, creativity, inclusion and more, which all contribute to higher returns. The groundbreaking Google study on the makeup of the highest performing teams confirmed the importance of culture – it found the teams where people felt trusted and free to voice opinions and dissent were the most successful.

Signaling the importance of culture and people, the U.S. Securities and Exchange Commission (SEC) recently announced that publicly traded companies must now disclose human capital metrics, including the employee experience and work environment. NASDAQ, likewise, submitted a proposal to the SEC that would require listed companies to disclose board diversity statistics.

Culture also can solve many of the common remote work pitfalls, such as remote workers feeling isolated, disengaged or a lack of support from their managers and teammates.

Culture can be tricky to define, execute and improve. It’s also constantly evolving, which is why an annual employee survey isn’t up to the task of keeping culture on track. By deploying an AI workforce intelligence tool, leaders can pinpoint exactly where their culture shines, where it’s lacking and how it’s shifting over time.

RSquared, for instance, produces what Udoutch calls a “cultural MRI,” painting a true, real-time picture of the employee experience. It does this by analyzing billions of employee digital communications (such as emails and chats) via dozens of sophisticated algorithms designed to uncover nuances of collaboration, communication, inclusion, engagement and other key culture metrics. It can also spot breakdowns in culture and communication early on, allowing leaders to course-correct before it’s too late.

In the world of remote work, where much of this can easily fly under the radar, this kind of illumination is invaluable.

All this brings up a few important questions, however: If employees know their communications are being analyzed, will they still behave the same way? Will they still feel trusted? Will “listening” to employees inadvertently erode the very culture leaders are trying to improve? Udoutch says “no,” because reputable workforce intelligence tools have enterprise-class security and privacy and are trying to spot larger trends, not trip up individual employees. “We’re not trying to find the smoking gun. Ideally, we’re looking at tens of thousands or more messages. We also provide transparent and explainable examples. Ultimately, we believe this is AI for good,” he says.

For instance, one of RSquared’s clients was a manufacturer that found itself losing money on every deal. They had previously investigated their pricing model, supply chains and other likely culprits with no success. The problem, it turns out, was cultural. “Our analysis showed that manufacturing and estimating were basically not talking, and there was a huge passive-aggressive turf war going on,” Udoutch says. “The job-costing issue was actually a culture and communications problem, which no spreadsheet was going to uncover.”

Done ethically, applying AI to human metrics provides company leaders with a roadmap to creating and maintaining a great remote company culture that keeps employees engaged, happy and connected to their teammates.

This article was originally featured on Forbes.com.

Larry English is president and co-founder of Centric Consulting, a management consulting firm that guides you in the search for answers to complex digital, business, and technology problems. Before Centric Consulting, Larry worked for a large international consulting firm out of college until he got burned out at 25. He and his newlywed wife backpacked around the world as he tried to find his path in life—and he did. Shortly after returning home, he and his like-minded pals founded Centric with a focus on changing how consulting was done by building a remote company with a mission to create a culture of employee and client happiness.

Today, Centric is a 1,000-plus person company with offices in 12 US cities and India. In his new book, Office Optional: How to Build a Connected Culture with Virtual Teams, Larry unpacks everything he’s discovered about creating and sustaining a culture of collaborative teams in a virtual environment. Connect with Larry on Twitter.

Adopting a Culture of Agility in Today’s Changing Environment

For a firsthand look at our remote work business model, read “Office Optional: How to Build a Connected Culture With Virtual Teams.”

President Larry English tells the story of how our virtual consulting firm started — and how companies can follow suit with an office-optional culture.

GET YOUR COPY OF “OFFICE OPTIONAL”