back to all Careers Resources
|
Diversity & Inclusion 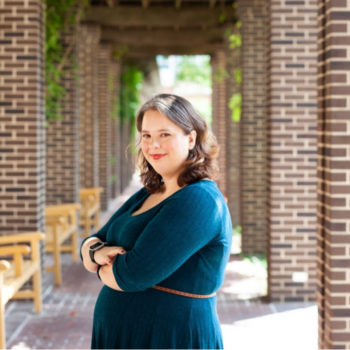 In this segment of Centric Commemorates, two of our teammates reflect on Pride Month.

This month we celebrate Pride, a month-long commemoration that traces its roots back to the Stonewall Inn uprising on Saturday, June 28, 1969. We reflect on the ongoing struggle to achieve equal justice and opportunity for lesbian, gay, bisexual, transgender, questioning, intersex, asexual and/or ally (LGBTQIA+) individuals.

Minorities in our country have long suffered persecution, and the LGBTQIA+ community is no exception. Unfortunately, it was commonplace throughout our history for U.S. citizens in many jurisdictions to be routinely targeted, threatened, harassed, arrested, physically assaulted, or worse, simply for behaving in ways that didn’t conform to society’s expectations.
But they stood up — as they did at Stonewall. As they did after the tragic murder of Matthew Shepherd. As they did after the Pulse nightclub shooting in Orlando. But our stories do not just comprise of tragedy — we have heroes, too, from Alan Turing, Sally Ride, James Baldwin, Bayard Rustin and Christine Jorgenson to Elliot Page, Arlan Hamilton, Roxane Gay, Anderson Cooper and Peter Thiel.

We have a lot to be proud of.

In the fifth installment of our Centric Commemorates series, we will also share our personal perspectives on Pride Month.

On June 26, 2015, my now wife and I were sitting in our bedroom watching T.V., both having opted to work from home that day. It was a Friday, and I was lucky enough to have a job where I could choose where I worked depending on the day, while Shän was getting ready to prepare her company’s booth for the Pride Festival in downtown St. Louis. We watched in awe as — a full 45 years, 11 months, and 30 days after the Stonewall Uprising — we would be free to marry each other.

I’m lucky — as a child of the 90s, I’ve mostly grown up with some knowledge of the LGBTQIA+ community. Movies and television shows were becoming more diverse around the 80s and 90s, with characters like Rickie Vasquez in “My So-Called Life” and Nancy Bartlett in “Roseanne.” And, of course, “The Real World: New York” exposed so many of us to Pedro Zamora, and Ellen DeGeneres bravely came out professionally — and even had her character come out on “Ellen” itself.

Because of all of this, while I still felt fear coming out to my parents, I had the confidence of knowing I wasn’t alone. And, I had resources I could turn to should any situation turn bad (a knowledge that not everyone has the luxury of facing, especially trans youth).

I wasn’t free from discrimination, however. I’m pansexual, which means I’m attracted to people regardless of their sex or gender identity. And for much of my adolescence, I identified as bisexual because we are constantly learning and growing. As such, I’m often regarded as a myth — even when I’m standing right in front of someone.

“You’re just saying that until you pick one or the other.” “Bisexual people are much more likely to cheat on their spouses, did you know that?” “You’re married to a woman, so clearly, you’re a lesbian.” And because I’m a woman, I am often regarded as lying to protect myself because so many women must pretend they’re in a relationship with a friend to keep themselves safe.

And therein lies the irony. While some feel I’m lying about my sexual orientation, I’ve often omitted my wife’s gender altogether in other situations. I’ve referred to her as my “fiancé,” my “spouse,” or my “significant other” to protect myself from discrimination or potentially dangerous situations when Uber drivers, customers, and other strangers have asked.

But, I’m lucky. Most of what I’ve gone through can be chalked up to microaggressions — and as annoying and upsetting as they are, I’ve walked away with my life.

As an accidental side effect of all the exposure, many have lost sight of Pride’s true purpose — the day, the month and the celebration. We’re fortunate to consider Pride a celebration: a gigantic, fun party for LGBTQIA+ individuals, allies included in that “A.”

But Pride has a much bigger history than that — Pride began as the Stonewall Uprising in 1969, which was in response to police raids on the Stonewall Inn, a known gay club in Greenwich Village. The following year, and every year since, we celebrate Pride to mark the movement sparked by the Stonewall demonstrations. And over the years, moments of silence have been added to the beginning of Pride Parades to mark the tragedies our community has faced, from those lost to the AIDS epidemic and the Pulse nightclub shooting to the violent deaths of trans and gender non-conforming individuals, which disproportionately affects trans women of color.

To learn more about the LGBTQIA+ community, check out this partial list of resources:

The true purpose of Pride is in its name: Pride in who we are. Pride in each other. And Pride that we’re still here, and we can celebrate that with as much fervor as we want. Happy Pride!

Fifty-two years ago, this June, the Stonewall Inn, a gathering place for gays, lesbians and transgender people in New York City, became the site of a riot when people were targeted unfairly and ultimately unjustly and illegally.

If you don’t know about this part of our history, it is worth learning a little more. At the time, Stonewall Inn was one of many sites whereby NYC police targeted patrons and initiated raids for not wearing “gender-appropriate clothing,” wearing too little clothing compared to what was considered required for females or dressing in drag.

At the time, police could force people to produce identification cards. Members of the LGBTQIA+ community were subjected to physical examinations to determine if their outward appearance matched law enforcement’s determination of their physical sex characteristics or perceived “correct” gender identity. That night, after a series of recent raids in the neighborhood within a short time span, the people outside the bar had had enough. They did not retreat or scatter when police arrived.

The scene turned into a riot. Stonewall quickly became a flashpoint and catalyst for the modern gay rights movement.

Of course, LGBTQIA+ people have been fighting for their rights long before Stonewall and ever since. We have slowly seen legislative victories occur, especially over the past decade, as LGBTQIA+ awareness, understanding and acceptance have grown in our society. In 2015, when same-sex couples won the right to marry, another marker towards progress was earned.

Looking at the historical fight for equal rights through the lens of a heterosexual cis-gender female in 2021, I recognize the privilege that I have. I have never had to explain my sexual orientation or defend my relationships to other people. I have never had to wait for the law to catch up to allow me to legally marry the person I love or to receive the benefits and legal protections that come with the institution of marriage.

I never had to question whether I would have the right to adopt a child if I chose to follow that path. I never had to worry about changing jobs and moving to a different state and wonder if my legal rights would be threatened in any way because of differences in state laws. I never had to fear being hampered from making end-of-life decisions for my life partner, if needed, because the law didn’t recognize our relationship.

I am grateful for not having to endure these injustices, but I am also not satisfied. The march towards equality is a long road, and the journey isn’t over.

I look forward to, hopefully, rejoining my friends in celebrating Pride at events in Columbus this year, now that it’s safer to venture out in public and participate in larger group events. It is a small but symbolic way to be an ally and support those I know who have come out, those who have yet to do so, and those still struggling for acceptance and inclusion. It is a way to publicly stand up and acknowledge our collective humanity and to encourage others in our community to do the same. Celebrating Pride is a way for me to be more inclusive, more in touch and to continuously challenge my own prejudices and biases and learn from others.

Whether you celebrate Pride in some outward fashion or simply choose to read this blog, I wish you the gift of love and acceptance from the people around you, no matter what battle or challenge you are facing or fighting in your life. I wish you the strength to endure and hope to continue. Above all, I wish you the right to live your life as you see fit and for it to be a good life, one of which you can be proud.

Learn more about our DIB journey here. Want to continue the conversation?