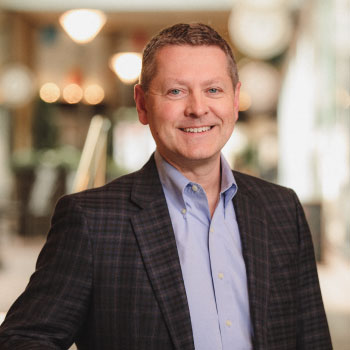 How self-aware are you?

Great leaders acknowledge their weaknesses along with their strengths. They don’t only work to improve themselves but call on their team to help them grow and become more effective.

There are countless books written on the traits of good leaders, each highlighting a multitude of strengths and capabilities leaders are supposed to embody. Very motivational, but also very overwhelming.

In my own experience working with many different leaders, I’ve found that each has his/her own special blend of attributes that is effective, but doesn’t necessarily encompass every leadership attribute we read about.

However, I’ve also noticed very few (if any) leaders are effective in cases where they lack self-awareness. It’s one attribute that anyone can develop to become more in tune with fixing problems versus creating problems.

Self-awareness can be defined as, “a person’s recognition of his own relative strengths and weaknesses, and the impact they have on one’s ability to accomplish goals and function effectively with other people.”

This can seem counterintuitive to a leader as they have a natural tendency to portray themselves as strong at everything and avoid admitting weakness, especially around those they are leading.

Yet leaders lead, not because of a title that was given to them or a role they were assigned, but because of the way they conduct themselves. Along with many other important attributes, the greatest one is self-awareness. Great leaders put themselves in situations where they can be most effective, collaborating with their team in a way that creates great results. Self-awareness is what helps them know where they themselves can impact success, or what they need from others to get the job done.

Some people become leaders by title when they’re promoted into a leadership role. Yet the title sometimes offers a false sense of confidence – that they have all the attributes they need to be successful as a leader, that they’ve finally passed the test and earned their way to the top! It’s almost as if they’re now the expert and are entitled to be the feedback giver versus the feedback recipient. In these cases, self-awareness either didn’t exist, to begin with or isn’t practiced by the leader anymore.

Ironically, if you lack self-awareness, you probably aren’t even aware of it. Below are some possible indicators that you may be lacking self-awareness:

Hopefully, the extremity of these points is such that none of them are completely true for you. However, a self-aware person will look deeply at these symptoms and other subpar areas in their world and figure out the degree to which they are part of the problem – or can become part of the solution.

Fortunately, you can improve your self-awareness if you really try. Unlike other attributes such as charisma or genius-level intelligence, self-awareness can be continuously developed and leveraged to personally grow and operate more effectively.

Following are a few things you can do to enhance your self-awareness:

Having awareness of your weaknesses is hard, but don’t forget – you can improve!. Take the time to analyze which areas can make the biggest difference in how you lead, acknowledge the need to improve and take specific actions to change your behavior in a way that addresses the issues.

Jeff is a Vice President at Centric and initially started the Cincinnati/Dayton office. Along with continuing to offer them his support, Jeff spends a portion of his time working with other business units as Centric continues to expand and mature into new markets.

Magic Monday: Be Somebody Others Want to Surround Themselves With