In part four of a five-part series on cloud computing basics, we highlight the top cloud providers. 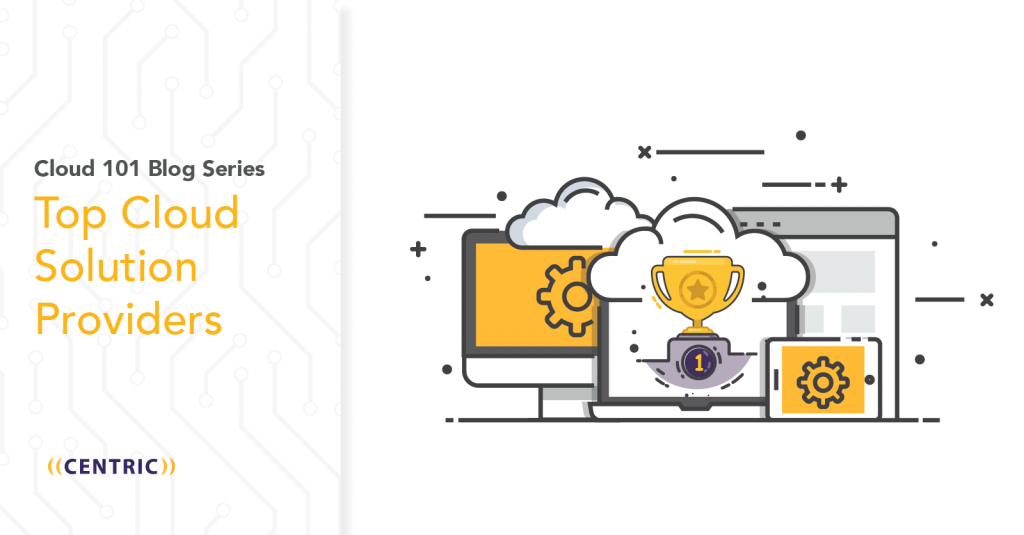 Part four of a series.

Once a company decides to move to the cloud, one of the hardest decisions they will make is choosing a vendor. There is no right or wrong answer here, as the decision depends on your companies specific needs.

In a future series, we will dive into the specific criteria you should consider when selecting a cloud vendor. But for now, let’s start with a rundown of the most popular providers across IaaS (Infrastructure as a Service), PaaS (Platform as a Service), and SaaS (Software as a Service).

Hands down, Amazon AWS and Microsoft Azure are currently winning the IaaS cloud space. They are the only two providers deemed both “Leaders” and “Visionary” by Gartner’s “Magic Quadrant.”

With both AWS and Azure, you will find a wide selection of services and highly competitive prices. Additionally, you will see an emphasis on innovation, with new services regularly deployed around things like  IoT and Artificial Intelligence.

Cloud Providers: The Others

IBM has been making moves to catch-up to Amazon and Microsoft and is showing a lot of growth in their cloud practice. Their investments in Blockchain and Artificial Intelligence, among others, should help accelerate that growth.

Salesforce is well-known for its SaaS offering, and they are looking to have the same impact in the PaaS market. Gartner has crowned them the leader in “High Productivity Application Platforms as a Service.”

Oracle and SAP are both well known for their enterprise applications and now are in a race to compete in the cloud.

It’s always surprising to see Google on anything but the leader’s list. While they may not be a big player in the IaaS space right now, they certainly have a stronghold in PaaS and SaaS (Google Apps ring a bell?)

Cloud 101: Advantages of Moving to the Cloud

Cloud 101 Series: What is Cloud Computing?