Introducing Quantum Computing into the World of Energy and Utilities 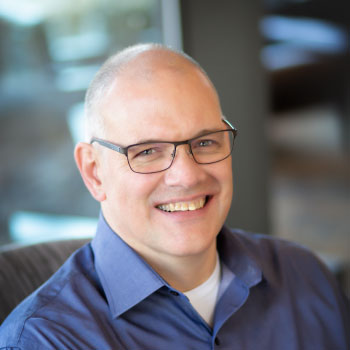 While the energy and utilities industry has long been one that struggled to integrate new technologies, the benefits of using quantum computing prove to be worth the effort.

The utilities industry has traditionally struggled to adopt emerging technology to drive strategic initiatives. But, those that do see substantial improvements in operating efficiency. For example, utilities that aggressively invest in digital transformation have an opportunity to capture an approximately 25 percent reduction in operating expenses.

While the emerging technology field of quantum computing is far less mature than digital initiatives, it is still an area modern energy and utility companies should explore. Quantum computing will give utilities significant increases in computational power, allowing them to solve business problems that were previously too cumbersome to attempt.

Multiple types of organizations are making investments in quantum computing across the energy sector. A few examples include the following organizations.

These are a few examples of current companies or organizations using quantum to enhance the energy industry.

The Future of Quantum Computing in Energy

There are several use cases where quantum computing can help promote energy efficiency. Let’s take a look at a few.

Wind, Solar, and Hydropower are great for the environment but can be unpredictable due to fluctuations in weather. Thus, hybrid models that optimize across renewable energy sources for reliability, availability, efficiency and cost are popular. Given the large number of inputs, these models require complex calculations that are difficult for classical computers. Quantum gives renewable energy optimization models significantly more computational muscle, allowing the ability to solve these problems even with thousands of variables and constraints.

Solar and wind power farms often reside in hard-to-reach locations, making facility opening and transportation costs an important input in deciding new location sites, along with energy demand and resource availability. IBM and Dwave paired up to try to solve for optimal generator location sites using Quantum technology. Using classical computers and analyzing only 14 sites, it would take more than 11 hours to solve this problem. However, using the Dwave quantum processor, the calculations only took 16 minutes.

The field of computational chemistry is poised to significantly benefit from quantum computing, given the heavy calculations it requires. The computational power that quantum unleashes may allow for the discovery of new materials for more efficient carbon capture. ExxonMobile is already doing exploratory work in this area.

However, quantum computing is not without risk. In particular, the increased computational capabilities of quantum will disrupt our current approaches to encryption. Since securing our power grid is a national security priority, it’s not surprising that the US government has already invested in studies and incentives regarding quantum encryption since a large-scale cyber-attack on the US power grid could lead to losses of up to $1 trillion.

We are not the only country thinking hard about the disruptive forces of quantum. Other national governments are making substantial investments in this area. Just like we have seen technologies like social media and AI enter national security conversations, expect quantum to be a mainstream news topic sooner than later.

Even a conventional industry such as energy and utilities can improve from quantum computing. There are numerous ways this industry can benefit from quantum’s substantially increased computation power – from optimizing renewable energy to finding ideal facility locations to discovering new ways to do carbon capture.

While there are certainly associated risks, particularly around security and encryption, quantum’s potential positive impact remains substantial, which is why corporations, research institutions and the federal government are already exploring this emerging technology.

Pat McMillin is a leader in Centric’s Energy & Utilities practice. He is an experienced project, process and practice management veteran with nearly 30 years experience in the industry, consulting and product development organizations. Pat draws on the process and functional expertise in billing, credit and collections, self-service, financials and deregulated electric & gas markets to build solutions that transform clients’ results. Connect with Pat on Twitter.

How Quantum Computing Will Impact Healthcare

How State and Local Government Can Scale Quickly Using Cloud