In the wake of Hurricane Irma, Centric Miami team members sprawled out across the community to lend a hand to those in need.

After Hurricane Irma, much of South Florida was left without power for days, even weeks in some places. And some places were devastated.

The Centric Miami team took to their local communities to lend a hand by passing out water, ice and food. Some team members also helped local families pick up the pieces of their lives. Or they tapped on friends, family and colleagues to contribute to relief efforts.

Here’s more on our team’s outpouring of support for battered hometowns: 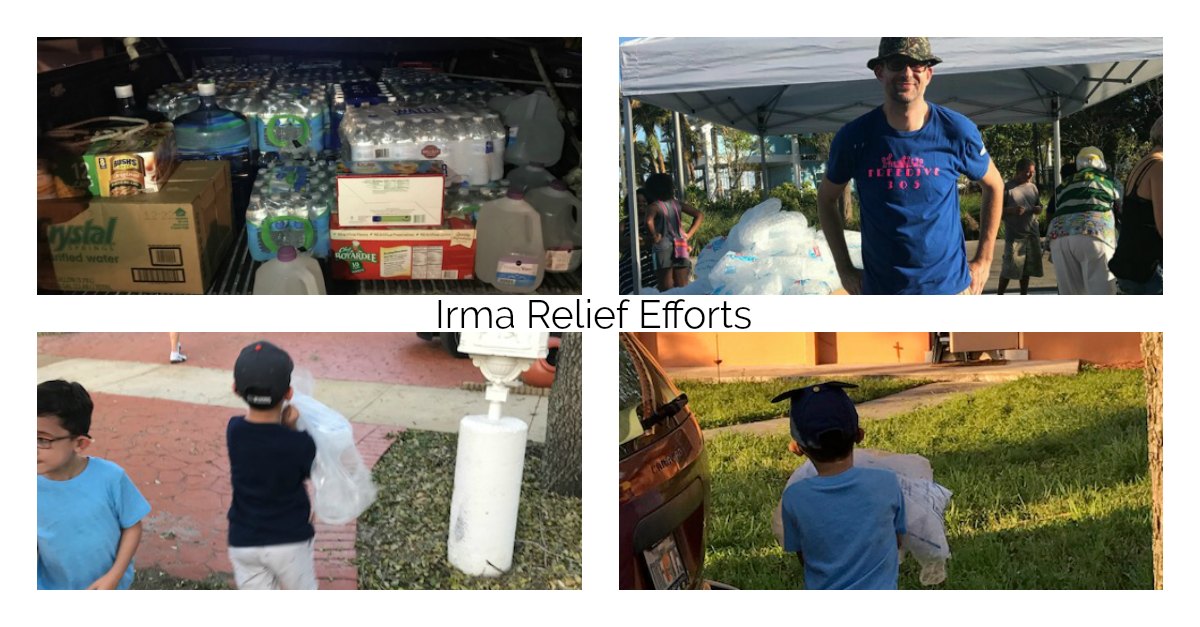