However, as the number of teams contributing to the code base grew, team velocity slowed down – mostly because of inefficient testing practices.

Centric partnered with the carrier to introduce an Automated Acceptance Test Driven Development framework so teams could automate tests for stories within a sprint. To build the framework, the teams used leading edge open-source software (Ruby, Cucumber, Watir, Rails).

The framework allowed the review and execution of tests as part of ongoing Agile sprints or overall regression testing. This facilitated the company’s transition to continuous integration and automated build and deploy processes. The framework also included a test dashboard that displayed results such as overall trends, and identified failed tests for Agile teams to resolve.

Results from these efforts include:

With this new testing framework, the company was able to test and deploy code-to-production within hours of feature completion instead of the usual weekend deployment process. 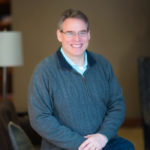