The Importance of “Grit” in Leadership Growth 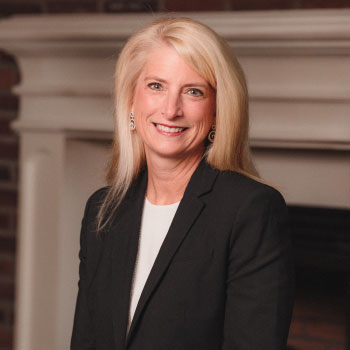 Not too long ago, I was asked to write an article sharing my ideas and experiences on “Growing Your Leadership Skills.” The goal was, “reflect on what you think are the traits of a good leader and how one can strengthen and grow these core traits.”

As I do most often before starting a project, I decided to do a bit of research. My goal was to ground myself in several different perspectives before honing in on my own conclusions.

As you would expect, there are countless books and articles written on the subject of leadership and how one should go about growing and developing their own leadership skills. Most writings on this topic boil down to the following set of core actions:

The key behaviors noted above all seemed straightforward and full of common sense. Is it reasonable to assume that if an individual commits to taking these actions, they inherently become a better leader? My conclusion is…maybe.

Grit – The Key to Leadership Growth

Something in this vanilla list seemed absent in my research. I thought about the leaders that I’ve been inspired to follow and emulate throughout my own career. What is it that makes them great leaders? Why are they the ones who seem to achieve a high bar, and then continually jump over those bars to keep getting better and better? Is there a single quality that, if developed and practiced, would allow each one of us to become a better leader? 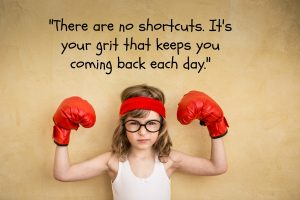 I already mentioned that I’m a big fan of TED talks. Recently, I stumbled across a TED talk given by Angela Duckworth and her research on “grit.” Grit is defined by Webster’s as “firmness of character; indomitable spirit.”

Duckworth’s definition of grit is “sustained perseverance and passion for long-term goals.” Grit! THAT’s the quality I’d been searching to describe, the competency that I have observed in those that seem to achieve their goals, sometimes against all odds. Grit was the theme that was missing from my researched list above.

So, based on research and my own personal experiences, my conclusion is that grit – a relentless desire to succeed, a resolute stick-to-itiveness – is something that can be developed and thus harnessed in one’s pursuit of leadership growth. I don’t contend that grit alone will make you a better leader; I do believe there are other important behaviors that must be observed and put into action. However, I do agree that an individual can take steps to increase his or her “grittiness” factor, ultimately obtaining a higher level of leadership capability:

Set your goals, track your goals and be vocal about what your goals are. Dream big and focus on those things you can control. . . most importantly, DON’T QUIT.

Take Angela Duckworth’s Grit Scale and test yourself on your own level of grittiness.

Gina Heffner is a Vice President and Columbus Practice Lead. She has more than 16 years of experience across many industries including investments, retail, insurance, healthcare, manufacturing and wholesale distribution. Her wide range of consulting engagements across multiple industries has given Gina a deep understanding of best practices and knowledge of the right questions to ask. Gina’s areas of focus include project and program management, Business Process Transformation, Business Intelligence and Organizational Change Management.

A Lesson for Leaders from Charles Dickens’ Christmas Carol

Keep Great Employees by Creating a Culture of Compassionate Leaders