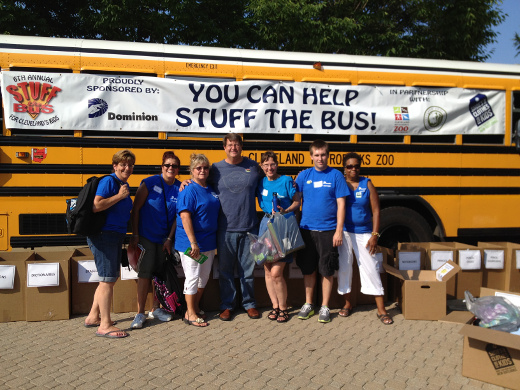 For the seventh year, Stuff the Bus annually donates shoes, clothing, school supplies and fundraises for Greater Cleveland’s children during the back to school season. This year, Shoes and Clothes for Kids (SC4K) and Dominion partnered with the Cleveland Metroparks Zoo to provide the “Zoo Bus.”

People were encouraged to come out and “Stuff the Bus” with new shoes, clothing and school supplies. All items collected had to be NEW.

“I had the pleasure of dropping off all of the donations this evening at the Cleveland Zoo and the volunteers were genuinely excited and thankful for our donation, said Matt Dierker, a Centric Cleveland vice president. “I felt like Santa Claus when I opened my trunk to unload bags of donations. The volunteers were so grateful that I got hugs from at least five people!

About Shoes and Clothes for Kids

Shoes and Clothes for Kids (SC4K) is the only non-profit organization in Greater Cleveland providing new shoes and clothes at no charge throughout the year to thousands of children in need. For the past 43 years, SC4K has positively impacted the lives of area children by giving them the pride and confidence that comes from having new shoes and clothes. Learn more about SC4K. 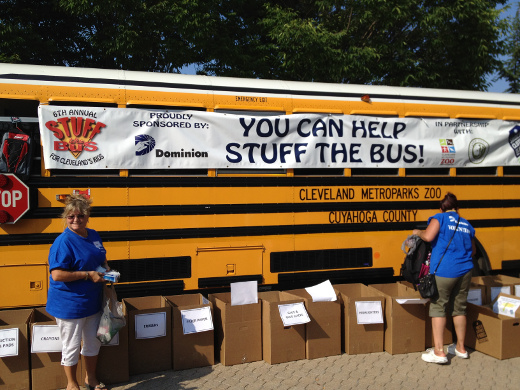