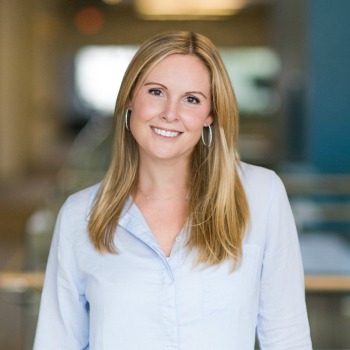 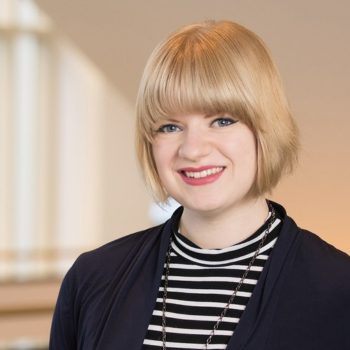 In this segment of Centric Commemorates, two women at Centric, Jen Barnes and Ruth Harrell, share their perspectives on gender equality.

International Women’s Day, celebrated on March 8th, is a day to celebrate the social, economic, cultural, and political achievements of women, as well as to raise awareness about women’s equality.

The theme for International Women’s Day 2021: Choose to Challenge.

For me, this day isn’t all, “You Go Girl!” But rather, it’s a reminder of the work we have been putting in for hundreds of years and the work we still have to do. A reminder that women are still fighting for the same equal rights and protections as men. A reminder that women’s rights are still not explicitly recognized in the United States Constitution. While the Equal Protection Clause in the 14th Amendment prohibits states from denying any person equal protection under the law, women’s rights are not explicitly guaranteed.

As we share our second installment of the Centric Commemorates series, two of my colleagues, Jen Barnes and Ruth Harrell, offer their perspectives on how all people can see, support, and celebrate women in the continued quest for gender equality.

As I stop to reflect on International Women’s Day and Gender Equality Month, I ask you to join me. To pause and reflect on the women around you. The women at home, who raised you and who are raising the next generation; the women who are supporting and leading your organizations; the women who have made history and – in generations to come – will make history as never before.

Take time to learn about the people who are changing our perspectives on gender equality – and changing the world – today. People like Samaira Mehta, the 11-year-old founder of a company aimed at helping children gain access to STEM and coding tools. Sarah McBride, a transgender rights activist and National Press Secretary of the Human Rights Campaign. And Julieta Martinez, a 17-year-old climate and gender equity activist who founded an organization in Chile to empower girls and young people.

Take note of these women, and the women around you. Your mothers, your daughters, your colleagues: take note of their strength and resiliency, and their compassion and empathy. Of their ability to think differently, to create, to challenge, and to influence. Take note of their power, but also their need to persist. Take note of that glass ceiling, which to this day remains cracked yet intact.

Also, take time to celebrate the women around you. Raise their voices, explore their ideas, seek their perspectives. Don’t let them sacrifice; don’t expect them to settle. Expect more for them while you expect more of them. See them. Hear them. Honor them.

About a month ago, I was surprised to learn that March is Gender Equality Month. I ran a quick Google search at the time. While the exact origins are unclear, I found that it appears to have expanded into a more inclusive initiative inspired by International Women’s Day on March 8.

While the existence of Gender Equality Month was new to me, I’m no stranger to the realities of gender inequality. My perspective on it has evolved significantly over the past decade, shaded by an upbringing when my mother frequently reminded me that “women are the weaker vessel.” It wasn’t until I was 18 when, through the help of an incredible former coworker of mine, I became the first person in my 11-member family to put myself through college, and that’s when I began to recognize how very wrong this perspective was.

The UN Women’s website (a branch of the United Nations) states that:

“Equality does not mean that women and men will become the same but that women’s and men’s rights, responsibilities and opportunities will not depend on whether they are born male or female […] Gender equality is not a women’s issue but should concern and fully engage men as well as women.”

This resonates with me because it spoke of inequalities on both ends. On the one hand, we see women depicted and treated as objects. Or, more personally, my grandfather will offer my husband a Scotch but not extend the offer to me, even though we’re sitting right next to each other (I’m a big Islay fan, by the way).

Conversely, we see discrimination from the lack of adequate changing tables in men’s restrooms to the unfortunate stigma against male teachers, especially in early and primary education. There is no lack of opportunity for men and women to be allies for each other in these areas.

A detail I intentionally left out of my story earlier is that my incredible former coworker who helped me throughout college was male. He recognized a drive in me and invested in my accomplishment before knowing how to do so for myself. He remains an incredible friend and ally, just as I have endeavored to be for him in his life pursuits.

At the end of the day, I believe that’s how simple it can be. Listening to each other, really seeing each other, recognizing we are inherently different beings with unique skills, embracing and respecting those differences and acting based on that knowledge — together.

Jen Barnes is a Vice President and St. Louis Practice Lead. Jen has spent her career both industry and consulting, helping companies think strategically about business transformation, organizational change management and organizational strategy. She lives in St. Louis, MO, with her husband and children and enjoys photography, cooking, playing the piano and travel.

After over a decade of experience in people and operations development for a Fortune 500 retailer, Ruth Harrell joined Centric in 2019 and currently administers sales-enablement programs and vendor relationships from within Shared Services. Passionate about authentic engagement and empowering team members, she champions our core purpose. As a Seattle native, Ruth enjoys every stereotype you’d expect: coffee, music, walks in the rain and hipster photography with her husband, Michael.

Centric Together: A Closer Look at Diversity and Inclusion

Introducing Centric Together – Our Diversity, Inclusion and Belonging Initiative