Rated: Data Scientist Sightings Will (Mostly) Be Proven a Hoax 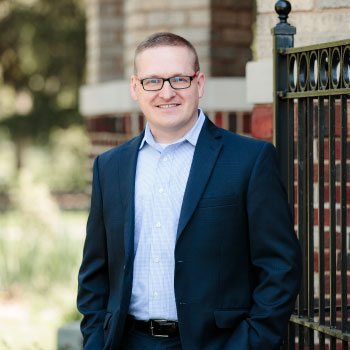 Last year, I made several predictions about data scientists.  Looking back, the evidence is favoring those predictions. Here’s the roundup.

Author Jeff Kanel wrote a post last year entitled, Data Scientist Sightings Will (Mostly) Be Proven a Hoax as part of Centric’s series on the Top 14 Business and Technology Trends of 2014. Now, more than a year later, Jeff explores the accuracy of that prediction.

2014 will see the emergence of a new organization in the corporate structure that is dedicated to proactively finding and investigating opportunities to improve the business.

It has been interesting to see changes in how our industry approaches analytics. Take, for example, The Data Warehouse Institute (TDWI), a premier professional organization for data warehousing, that has moved its messaging away from “data warehousing” and toward “business analytics,” “data science,”and “big data.”  TDWI is a market leader, setting the direction and thinking as much as they are responding to demand. The same can be said of Gartner, whose conferences related to “business intelligence” are now dominated by “business analytics.”

Overall, these organizations are focusing on driving the business of analytics rather than the technology. This is a tremendous positive shift. Many of our clients have established dedicated informatics or business analytics groups whose purpose is to apply data to solve business problems (i.e. data science). These dedicated groups are often accompanied by more traditional BI functions that still reside within IT. We see this shift most often occurring in healthcare and insurance industries, both of which rely heavily on predictive modeling in order to effectively operate.

This group will consist of many individuals who collectively achieve the technical promise of the data scientist. Just as traditional business intelligence fragmented into ETL developers, reporting developers and data architects, so too will this sort of business analytics.

Analysis: No Evidence To The Contrary.

As we look back on staffing demand, one thing is clear: we have seen minimal consulting demand for data science roles. The exact reasons for this are still being uncovered. We believe that it is partially due to the fact that companies want to internally build core competencies around understanding of their data rather than outsourcing this knowledge to consultants. In-sourcing this skill set is laudable, though availability of internal talent has slowed progress of the data science field.

Those clients who are successful at analytics are often comprised of developers (processing big data), statisticians (modeling data and identifying correlations) and subject matter experts (interpreting results). In no cases have we observed the three roles successfully mashed into a single individual.

Consider further that new college grads, while they may have earned degrees in data analytics, are still growing skills to effectively code, model or interpret data at a level needed to create major data discoveries. In spite of best efforts, universities face a fundamental reality that it takes time and experience to produce top-notch data practitioners.

As for business expertise, it will be accomplished through consultation with experienced business stakeholders. Alternatively, the group will be defined by subject matter (e.g. actuarial, marketing, supply chain) and will be led by a dedicated expert.

Evidence can be found by looking at how organizations structure themselves. Over the past several years, we have seen the rise of informatics groups whose focus is deriving business value from data as opposed to developing BI platforms.

One of Centric’s clients moved their entire data warehouse group under an actuarial leader whose organization is branded as “data analytics.” The team tasked with building the data warehouse now takes direction from statisticians on what subject matter to build. This organizational structure had an unexpected effect: the statisticians who previously received file feeds directly from IT now had to wait on the data warehouse team to build ETL, cubes, and other refined data sources. The statisticians became impatient with slow response times and concluded that the data warehouse approach was not really working. Here we see an example of an informatics groups made responsible for the full breadth of data warehousing development, a model whose efficacy is somewhat in doubt.

Another Centric client in the healthcare space maintains a Healthcare Informatics group isolated from the data warehouse build team. Though separate, the two parts of the organization still closely communicate. While informatics uses some data from the warehouse – mostly to ensure alignment with key operational metrics – they still obtain a great deal of data directly from operational systems. This structure has been highly effective at delivering the value promised from both data warehousing and informatics; the best of both worlds.

Anecdotally, we have seen informatics groups be most effective when they are purely focused on creating value from data and are not encumbered with providing operational reporting (and other BI) to the enterprise organization. In organizations where this crossover occurs, BI teams seem to be guided by the goals of the informatics team rather than by the enterprise at large. Furthermore, informatics leaders often do not have the necessary expertise to lead a development function requiring long-term architecture, code management, testing, and deployments. In cases where this works well, informatics groups are, by necessity, led by individuals who deeply understand the business and know how to improve it by reading the data tea leaves.

In conclusion, the 2014 predictions regarding data scientists mostly came close to the mark. Eventually, we believe that there will be a demand for external data science consulting, driven either by depletion of internal resources or increased demand for progress. The coming year should offer definitive proof as organizations adopt the informatics – or business analytics – approach to managing their data science competency.

Jeff Kanel is Centric’s National Data & Analytics Practice Lead, which includes Business Intelligence and Big Data. He is a business-oriented leader who brings nearly 20 years of industry experience in IT project and team management. Jeff has performed in a variety of implementation roles ranging from hands-on BI implementation activities to strategic BI advisement. Contact Jeff to learn more.

Jeff Kanel, a National Data & Analytics Practice Lead, is a business-oriented leader who brings more than 17 years of industry experience in IT project and team management. His background in statistical analysis, application development and the full data warehouse lifecycle gives him a distinct edge in managing a technical team.

He has performed in a variety of implementation roles ranging from hands-on BI implementation activities to strategic BI advisement. Jeff has a proven track record of partnering with business stakeholders to identify high-value opportunities and solutions to deliver on senior management priorities.