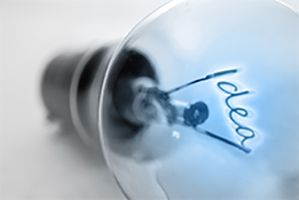 Redefining Leadership in an Age of Innovation 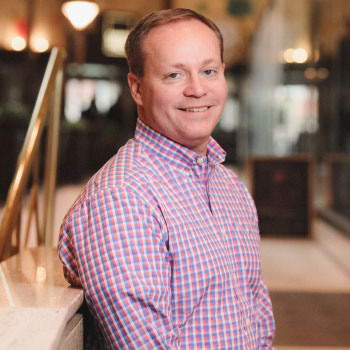 “The road to new innovation is messy. Leaders need to foster a culture that rewards those that fail quickly, but builds on that failure to get to an innovation that does work.”

Over the last half-century, Peter Drucker and so many others developed a thorough and proven approach to leadership and management, one that focused on eliminating defects: Lean/Six Sigma. Command and Control.

The lesson? Variability and failure are bad. This model works great when change comes slowly to an industry.

However, technology, the digitization of everything and the vast global network are fostering new business models that render the old business models irrelevant practically overnight. Conventional wisdom says that we are in an era where the pace of change in the new century will force us to redefine the rules for how businesses operate and compete. This will require us to redefine our approach to leadership and management for business and industries to deal with rapid innovation.

Indeed, what we are seeing today is that companies in rapidly changing industries that use the old approach to leadership and management are clearly struggling. Dominating the headlines: Example after example of companies that need to innovate, but fail to.

Rewriting the Leadership and Management Books

I believe that going forward, we’ll see management books rewritten to develop operating models and leadership approaches that foster innovation and allow it to thrive. I believe we are at the beginning of redefining leadership for innovation.

Below are some of those ideas and approaches that are working:

Leadership and running an organization in the last 50 years focused on the relentless push to eliminate waste and defects. Hence, the focus is on operational excellence – failure is bad.

But, when you’re a business on offense (innovating to develop new products and services), you have to be okay with failure. For example, Ted Williams was the best offensive player in baseball ever, yet he failed 6 out of 10 times.

When you lead an organization on offense, you not only have to be okay with and expect failure, but you need to foster a culture that celebrates it. In the old management style, if you failed, your career at the company was likely over. But today, leadership that fosters innovation is open to failure. It allows everyone to learn and build on knowing what doesn’t work.

The road to new innovation is messy. Leaders need to foster a culture that rewards those that fail quickly but builds on that failure to get to an innovation that does work.

Where did the last innovative idea come from in your organization? Chances are likely that most of the decisions around innovation and budget allocation are coming from the C-suite. This structure works fine for a very small percentage of companies (think creative, genius-led companies like Jobs/Apple).

But leaders trying to foster innovation are pushing ideas and decisions around what gets funded far away from the C-suite.

Leaders have to become comfortable using new approaches such as crowdsourcing and prize competitions for ideas that go against the secretive, non-open approach of the last century.

Leading and fostering innovation often employs the opposite of past management approaches and can feel uncomfortable. But successful organizations understand that:

We are only at the beginning of redefining leadership and management in the Age of Innovation. Who will emerge as the next Peter Drucker? While we are waiting for him or her, if you are leading an organization that must innovate then the new imperative is to quickly learn – and embrace – new techniques and approaches to be successful.

Larry English is Centric’s President. He is a seasoned consulting executive, having served in executive roles for both private and public consulting firms. Larry’s early experience was architecting systems for Fortune 100 companies at Accenture. He then went on to help develop a Columbus-based consulting company, POV Partners, which was acquired by Whittman-Hart. Defining company strategy and studying trends for future success are central to Larry’s role today.