A Guide on How to Establish Goals You Can Actually Achieve 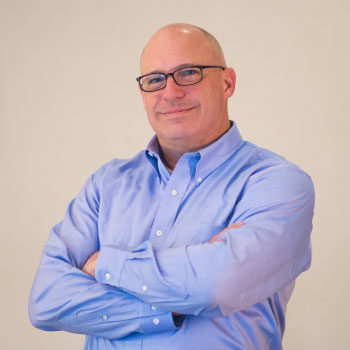 “Show me a person without goals, and I’ll show you someone who’s dead.” – George Allen

However, a surprising number of people do not have any real goals. And those people that do have goals for themselves are often unable to achieve them because they don’t realize that their goals conflict with at least one, or sometimes even a few, of their most deeply held values.

Do you have goals?

Do you know where you want to be 1, 5 10, 20 years from now? In different areas of your life: business, personal, financial?

If you don’t have goals or want to establish goals you can actually achieve, we have a guide you can follow. Start here.

Part I: Know what you want

First off, you need to know that setting a goal (objective, aim, end, purpose, target) can be an extraordinarily powerful thing to do.

Amazing things can happen when people set goals. Edison invented the light bulb. Earhart became the first woman to fly across the Atlantic. Columbus discovered a new world. Roger Bannister ran a mile in under four minutes. We landed on the moon.

Goals have power – immense power, and they are able to unleash our minds and bodies to do things that, up until that goal was formed, seemed impossible.

I have always had a great interest in studying transformational leadership, motivational techniques, and goal-setting. Much of what I have studied has come from the body of knowledge called Neuro-Lingustic Programming or NLP for short. I am, in fact, a Certified Master Practitioner of NLP and have worked with people over the years to help them achieve their dreams.

One of the most important things I have learned over the last 20 or so years though is that for goals to be truly successful, they need to be well- formed. What does that mean? It means that the goals you set are good for you overall and good for others overall.

So, before we get into the steps for creating a well-formed goal, we first need to think about what it is that we really want deep down.

We all have core values that are part of our being. They drive who we are and how we act. We often don’t even think much about them, but they’re there – in the shadows. And, if one or more “surfacey” goals conflicts with your deeply held core values, you’re going to experience a lot of conflict; and most likely your core value will win out.

Below is a list of core values that drive people:

Some people value security deeply. Others value adventure and freedom. Some people would say that family is one of the things they most care about. Others would say they value business success more than anything else.

Our lives can also become complicated when the things we most value come into conflict. For example, if deep down we value both popularity and integrity, we may find ourselves often having to choose between sacrificing one of the two. Same goes with freedom and security, peace and work, family and health…

The best way to avoid those internal conflicts is to:

When you take the time to think about and rank your core values, conflicts between them tend to diminish. They know their place. It is also easier to decide upon goals that are actually good for you overall.

A few years ago I did this exercise and came up with the following. It really helped me to understand myself and it also explained why, in the past, I made some of the decisions I did.

It’s not difficult to do the above exercise. It just takes a little introspection and ultimately, it is the first step towards creating well-formed goals going forward.

For example, in the above list, a “Peaceful, Simple Life” was something I identified as a deeply held value of mine. If I were to set a goal that compromised a ‘peaceful, simple life’, then not only would internal conflict ensue, but the chances of the goal being accomplished would be greatly diminished.

Part II: The Six Steps of a Well-Formed Goal

There are six basic steps to defining a well-formed goal. They are similar to SMART goals (specific, measurable, achievable, realistic, and time-bound) but I find the below more thorough and thoughtful:

#1 – The Goal should be stated in the Positive.

It is healthier to seek something positive than to just avoid something negative. The brain is programmed in such a way that it doesn’t really recognize negatives.

When we apply this to goals, we end up thinking of and maybe even craving the very things we want to avoid. So, it’s better to turn “I will stop drinking Caramel Frappuccinos every morning” (you’ll be continually imagining them) into “I will drink a healthy fruit smoothie every morning.”

#2 – The Goal should be capable of Representation.

A very important thing to do once you’ve decided on your goal is to close your eyes and imagine what it will be like once the goal is accomplished.

The clearer you can imagine what it will be like to achieve your goals, the more success you will have. Why? Because when you imagine achieving your goal, your mind begins to desire it more. Desire is a key element in the quest for our goal.

“There is one quality which one must possess to win, and that is definiteness of purpose, the knowledge of what one wants, and a burning desire to possess it.” – Napoleon Hill

#3 – The Goal should be Achievable.

Your mind has to truly BELIEVE that your goal is attainable. If you don’t really believe you can achieve the goal, then you won’t. Simple as that.

In the case of the above goal, perhaps your mind doesn’t really believe it is possible initially to save a million dollars. But maybe after talking to a financial advisor or even just using a time value of money calculator it has come to very much believe that it is achievable.

The old saying is true: “If you can believe it, you can achieve it.”

#4 – The Goal should include Resources to help you achieve it.

For example, going back to our financial goal, our resources could include books, wealth advisors, websites such as Dave Ramsey’s, the quiet millionaire uncle…

#5 – The Goal should have a clearly defined time frame.

When our mind realizes that the time for achieving our goal is limited, it kicks into overdrive and begins to focus more intently on accomplishing it.

For example, during our school years, many of us put off studying for tests until the last moments. It’s not that we necessarily did this on purpose. We knew there was a test coming up, but the fact that it was two weeks away allowed our minds to wander to other things. There was no immediacy to our studies. However, the night before the exam, our minds truly kicked in and our ability to focus, to understand concepts, and to memorize could reach amazing new levels.

This is why we need a time frame for our goals. A goal without a time-frame is like a soccer game without a final whistle. Both would just continue on infinitely without any urgency.

If the goal is long-term, you may want to break it down into smaller time frames.

Sticking with the financial example:

#6 – The Goal should be Ecological.

What does that mean? That it should take every aspect of the process and the outcome into account. The accomplishment of your goal should be good for you overall. It should also be good for others.

Achieving this outcome is the whole premise for going through this exercise. The accomplishment of our goals should not make us or anyone else miserable. Neither should it conflict with our deeply held core values, or else it is possible that we could achieve our goals at the expense of our own self-respect.

Some thoughts to consider below:

#7 – The Goal should be Written down.

Finally, though it is not officially part of the six steps of creating a well-formed goal, you need to write it down. According to a study done by Gail Matthews at Dominican University, written goals are 42% more likely to be achieved than non-written goals.

Example of a well-formed goal:

So following along with our financial example, the outcome of the above exercise might look something like this:

That’s about it. Pretty simple. Read it often. Imagine achieving it. Use your resources wisely.

So my challenge to you is to write down one well-formed goal (personal, professional, financial) by the end of the week making sure it is:

You can do it! Here’s a worksheet that will help: Goal-Setting Challenge Worksheet.

How to Make a Great First Impression

Begin a New Role with the End in Mind

Have a Captive Audience? Tell Stories to Make a Lasting Impression