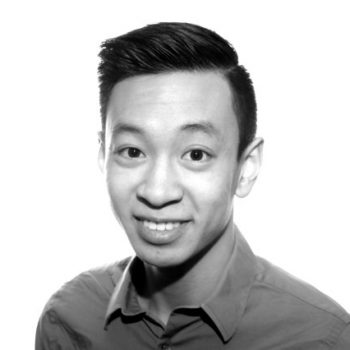 Hey Chicago, keep an eye out for us. We’re taking over this week!

Tonight, over 500 of our employees are coming from all over the country and India to Chicago for our annual Summer Meeting.

Chicago is a rapidly-evolving city with an appetite – for food, of course, but also for architecture, history, and culture. This lively city has everything at your fingertips, from professional sports to an entire park dedicated to museums, to more than 25 Michelin starred restaurants.

The Chicago team is proud to host all of Centric Consulting – and we’re ready to enjoy our amazing city together.

Get to Know Chicago

Never been to Chicago? Here are some great things to see and do in the city:

Chicago is home to two Major League Baseball teams – both of which are some of Chicago’s greatest ongoing legacies.

Just a few miles away from Downtown Chicago is Wrigley Field, an iconic stadium home to the Chicago Cubs. The Cubs were the first team to play in three consecutive World Series championships, and were the first to win it back-to-back in 1907 and 1908.

Our city is home to one of the most dominant basketball teams in the history of the entire NBA – the Chicago Bulls. Having seen some of their greatest success in the 1990s, the Bulls are known for having arguably the greatest dynasty in NBA, winning 6 NBA championships between 1991 and 1998 with two three-peats, with the legendary Michael Jordan himself.

Chicago’s NFL team, the Chicago Bears, has its own legacy as well. Having won 9 NFL championships, including one Super Bowl, the Bears hold the NFL record to date for the most players in the Pro Football Hall of Fame and the most retired jersey numbers. The Bears also have recorded more victories than any other NFL franchise.

Lastly, our NHL team, the Chicago Blackhawks, rounds out our slew of sports options. Founded in 1926, they have won 6 Stanley Cup championships, and are one of the remaining “Original Six” NHL teams.

The art scene is continuously growing, you can’t walk around the downtown Chicago area without passing by and appreciating the beautiful architecture that surrounds you.

Chicago has so many museums that a park was developed to host them all – Museum Campus. Museum Campus encompasses 5 of the city’s most notable museums: Alder Planetarium, America’s first planetarium; Shedd Aquarium; the Field Museum of Natural History; Soldier Field, home of the Chicago Bears; and the Lakeside Center of McCormick Place.

Lastly, we can’t forget the most notable tourist attraction that everyone takes selfies with.. The Bean! Resting in Millennium Park right of Michigan Ave, this iconic landmark draws in tourists from all over the world.

My personal favorite part of Chicago is the food scene. With concepts ranging from Michelin-starred restaurants to small, hip joints, here are a few of my favorites:

To finish your tour of Chicago, check out one of Chicago’s nearby neighborhoods, each with its own distinct look, feel and charm. In the center of the city (also known as the Loop), catch an architectural boat tour along the Chicago River, featuring eclectic views of the city. From every direction of the Loop lies its own neighborhood: River North, West Loop, South Side, and Navy Pier.

River North and West Loop are neighborhoods filled with their own cultures and cuisines while being home to the University of Illinois at Chicago; South Side is home to the Museum Campus and Chinatown; Navy Pier is a 3300-foot-long pier with free live sets from some of Chicago’s best DJ’s and a boardwalk.

Edward Lu is a Consultant for the Centric Chicago team. He specializes in software development. In a year, he’s supported three clients with software development implementation projects. In his spare time, Edward is a professional juggler and perform shows throughout Chicago. He also recently picked up snowboarding.