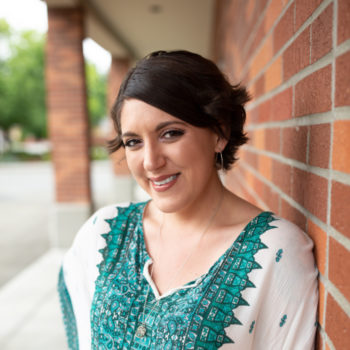 Centric is hosting our annual summer meeting in Indianapolis, Indiana.

Starting on Wednesday, Centric Consulting colleagues from across the country and India will descend on our city for a few days of company-wide meetings. If you see us, don’t be shy and stop us to say “Hi!”

To my colleagues, this message is for you: Welcome to Indianapolis – aka Indy or Naptown to locals and friends near and far!

You may have heard us also referred to as Hoosiers. The funny thing about that: no one really knows how we got the name, starting in the 1830s, but it stuck!

One of my favorite local tales of lore about the name “Hoosier” comes from James Whitcomb Riley, world-renowned author and poet, and lifelong Indiana native. Riley claimed that “Hoosier” originated in the pugnacious habits of our early settlers.

They were enthusiastic and vicious fighters who gouged, scratched, and bit off noses and ears. These fights were so common an occurrence that the morning after a fight, settlers who saw an ear on the floor of the local tavern casually asked, “Whose ear?”

The truth as far as Historian Jacob Dunn, Jr. found is a little less entertaining (and less gruesome). Dunn noted “Hoosier” was frequently used in many parts of the south in the 19th century for woodsmen or rough hill-people. He traced the word back to “hoozer” from the Cumberland region of England.

Their dialect derives from the Anglo-Saxon word “hoo” meaning high or hill. In the Cumberland dialect, the word “hoozer” meant anything unusually large, like a hill. It is not hard to see how people of the region attached this word to a hill-dweller or highlander.

Descendants from the Cumberland region brought the name with them when they settled in the hills of southern Indiana.

While you’re in town, here are a few things you can do:

Four of the six districts have homes directly in downtown Indianapolis, while Fountain Square is just a mile southeast. You can’t go wrong with checking out any of these neighborhoods, their restaurants, or shops.

You’ll also want to make time to drop by one – or two – of these tasty pubs and restaurants:

And, of course, here’s your list of the best brews and wine in town:

Still need ideas? Watch this fun video by Visit Indy to see a glimpse even more cool things you can check out while in town!

From a flourishing culinary and local brewing scene to cultural haunts and cool neighborhoods, we hope you enjoy your visit and leave having learned a little something about why we love to call Indy home!

Jennifer currently serves as the Operations Manager for both Centric Indianapolis and Centric Seattle and has worked for Centric for six years. She started in consulting as a QA Tester working on Microsoft Office 365 marketing campaigns, quickly moving her career into a Project Manager role, and then into an Operations role. Jennifer has more than 12 years of experience delivering technology projects and managing people, processes, and organizational change.

Jennifer is also a Certified Myers Briggs Practitioner, Feng Shui Consultant, and Registered Yoga Teacher. In her spare time, she advocates for Autism Awareness and Acceptance and the National Brain Tumor Society.

Then and Now: It All Started on a Couch 20 Years Ago

Four Innovative Products Our People Have Created So Far

Let us provide business and technology solutions for you.

We thrive on creating long-lasting partnerships with great organizations. Partner with us today.